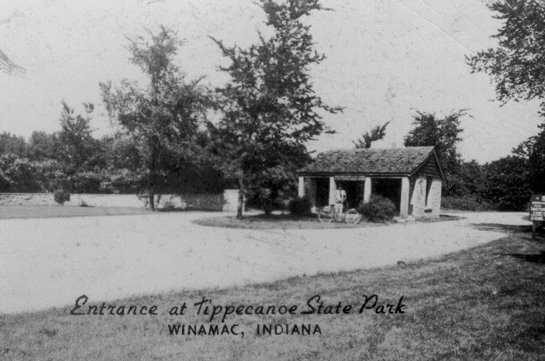 The impetus for the RDA program, established by Congress in 1934, was the large amount of land that was unsuitable for farming and did not meet the standards to be a national park, but still held potential to be used for public recreation. These lands were designated to be developed for recreational activities that were not permitted at national parks, such as hunting.

The Federal Emergency Relief Administration acquired these lands, transferred them to the Resettlement Administration and finally to the National Park Service to be converted to RDAs. As of 1936, a total of 46 such projects had been undertaken in 24 states. Versailles, with its wetlands and stony hills, was an ideal candidate for an RDA. But the nature of the site and the purpose of the RDA program required that a lot of remedial work be done to rehabilitate the site to make it usable as a park.

A Park for Winamac and Versailles

In 1935, the Department of the Interior came to Pulaski County and began to buy land for a planned RDA just north of Winamac. Most of the land that the federal government bought was farmland that had been foreclosed and was in the hands of the banks. By November of that year the WPA was on the ground at Winamac RDA.

The WPA workers began by clearing out the overgrown brush and planting new trees. They then began to build a road, a picnic area near the river, and two group camps. By the next summer, most of the camp was ready for public use. By 1938, both group camps were completed. One was called Camp Tepicon and the other, Camp Pottawatomi.

One of the goals of the federal program was to develop group camps within RDAs. During the decade of the Great Depression, the notion of social improvement became especially important for youth from low-income urban areas. Having group camps improved the social value of such sites. Children from crowded, polluted cities would descend upon a camp for a week or two and have the opportunity to be outdoors and receive moral guidance from trained counselors. The belief in the restorative power of nature and the health benefits of outdoor play was at the heart of this push to build group camps. Both the CCC and the WPA were responsible for building many group camps at other state parks.

Development of RDAs continued, as trails and a campground were added. By the time the National Park Service was ready to hand the RDAs over to Indiana’s Department of Conservation in 1943, they were ready-made state parks. 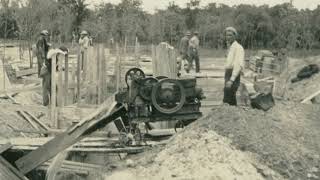