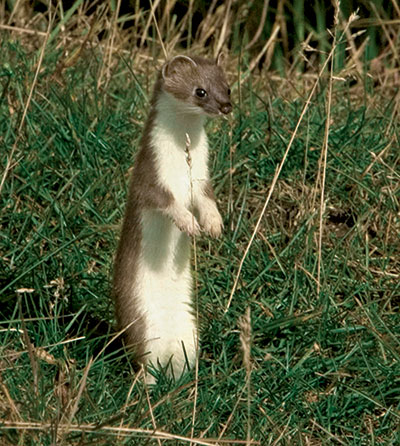 Weasels are not well studied in Indiana, and there is limited information available about either species. Long-tailed weasels seem to be statewide, but records of them are sporadic. Least weasels also have sporadic records available. They may be statewide, but more records are available from the north and east portions of Indiana.

Both species of weasel are primarily carnivores. The primary food for both weasels are:

Both weasels will also eat:

Least weasels are a species of special concern in Indiana. Because their small size and secretive nature make them hard to research effectively, not much is known about them. Least weasels can be captured or killed year-round without a permit or hunting or trapping license from the DNR, and there are no limits to the number that can be taken.