Indiana’s amphibians and reptiles, collectively called “herpetofauna”, occupy nearly every habitat in the state, including lakes, rivers, wetlands, forests, prairies, glades, caves, and dunes. Some species may also be found in agricultural, residential, and urban areas. Many of these curious animals live secretive lives in underground hideaways or simply blend in with their environment. Others may be observed basking on logs, climbing trees, or—as with our state’s frogs—heard calling during their spring and summer breeding seasons.

Indiana is home to 41 species of amphibians (frogs and salamanders) and 54 species of reptiles (turtles, lizards, and snakes). Of these 95 species, about one-third are listed as a Species of Greatest Conservation Need (SGCN) by the Indiana DNR. 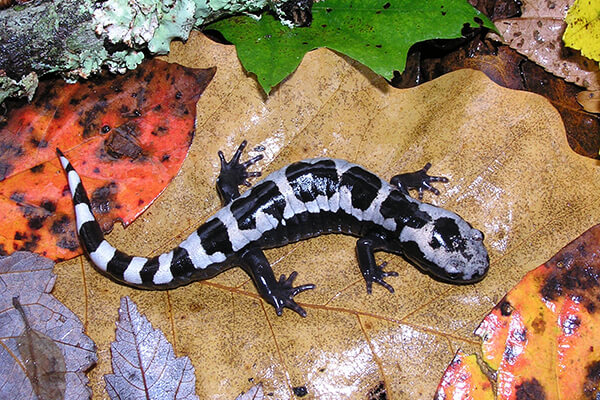 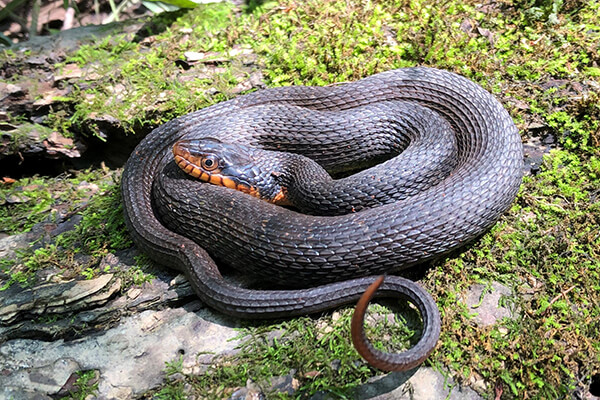