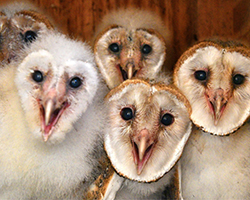 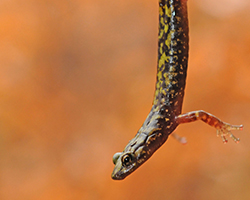 In 1973, the state legislature passed the Nongame and Endangered Species Conservation Act (IC 14-22-34), which authorized the Indiana DNR to develop programs to manage and conserve nongame and endangered species.

A nongame animal is any wild mammal, bird, reptile, amphibian, fish, mollusk, and crustacean that is not hunted or trapped for sport or commercial use.

Endangered species are any animal species whose prospects for survival or recruitment within the state are in immediate jeopardy and are in danger of disappearing from the state.

Special concern species are those that require monitoring because of known/suspected limited abundance or distribution; have had a recent change in legal listing status; or have had a change to the required habitat needed for survival. Special concern species do not receive legal protection under the Nongame and Endangered Species Conservation Act.

Funding for Nongame and Endangered Wildlife