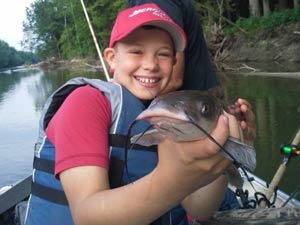 Indiana is home to 13 species of catfish and madtoms that can range from 2 inches to over 4 feet in length. Some can weigh over 100 pounds. Catfish species are recognizable by their lack of scales, barbels near their mouths (“whiskers”), adipose fin (small fleshy fin found on the back between the dorsal fin and tail), and a sharp spine at the front of the dorsal (top) fin and pectoral (side) fins.

Blue catfish (Ictalurus furcatus), channel catfish (Ictalurus punctatus) and flathead catfish (Pylodictis olivaris) are the most popular catfish species in the state. Channel catfish are found in many Indiana waters, including midsize streams, small ponds, lakes, and large rivers. Flathead catfish are found in large lakes and large rivers and streams. Blue catfish are only found in large rivers and streams. Indiana is also home to white catfish (Ameiurus catus), which are limited to a few reservoirs and private ponds and a limited portion of the Ohio River.

Blue, channel, and flathead catfish are extremely popular for both commercial and recreational fisheries and provide excellent table fare for many Indiana residents. Please consult the fish consumption advisory for more information.

Blue, channel and flathead catfish spawn during the early summer when water temperatures are in the mid-seventies. They are all cavity nesters meaning they deposit eggs near overhanging rock ledges, rip-rap, deeply undercut banks, underwater muskrat runs, or hollow logs.

Because blue, channel, and flathead catfish reside at the bottom of lakes and rivers they use touch and smell and, to a lesser extent, sight to feed. Because of this, many anglers use smelly baits such as hotdogs or cheese to attract fish, but live night crawlers or even artificial worms can be effective. Check out How to Catch Catfish for more information about catfish fishing.

In rivers and streams, and in some large reservoirs, catfish populations are maintained through natural reproduction. In the early 1960s DNR began stocking channel catfish in ponds and lakes around the state where natural reproduction was limited by habitat. Annually, DNR stocks around 100,000 channel catfish across the state. Information about recent stockings can be found at the DNR stocking website. In urban areas where ponds are small and angler use is high, larger sized channel catfish are stocked more intensively. Visit the Urban Fishing website for urban stocking locations, numbers, and timing.

Artwork by U.S. Fish and Wildlife Service unless otherwise noted.

State Record Fish and Fish of the Year Program

The Division of Fish & Wildlife sponsors two award programs recognizing outstanding catches by sport anglers. The Indiana Record Fish Program recognizes new state record catches. The Fish of the Year program recognizes anglers who catch the largest fish of each species that is smaller than the current state record. Weight is the measurement used for state record fish. Total length is used for Fish of the Year catches. To learn more, visit the Indiana Record Fish Program website. 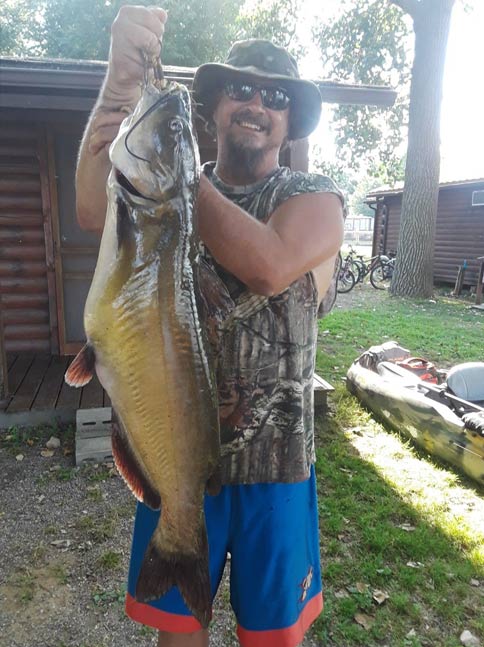 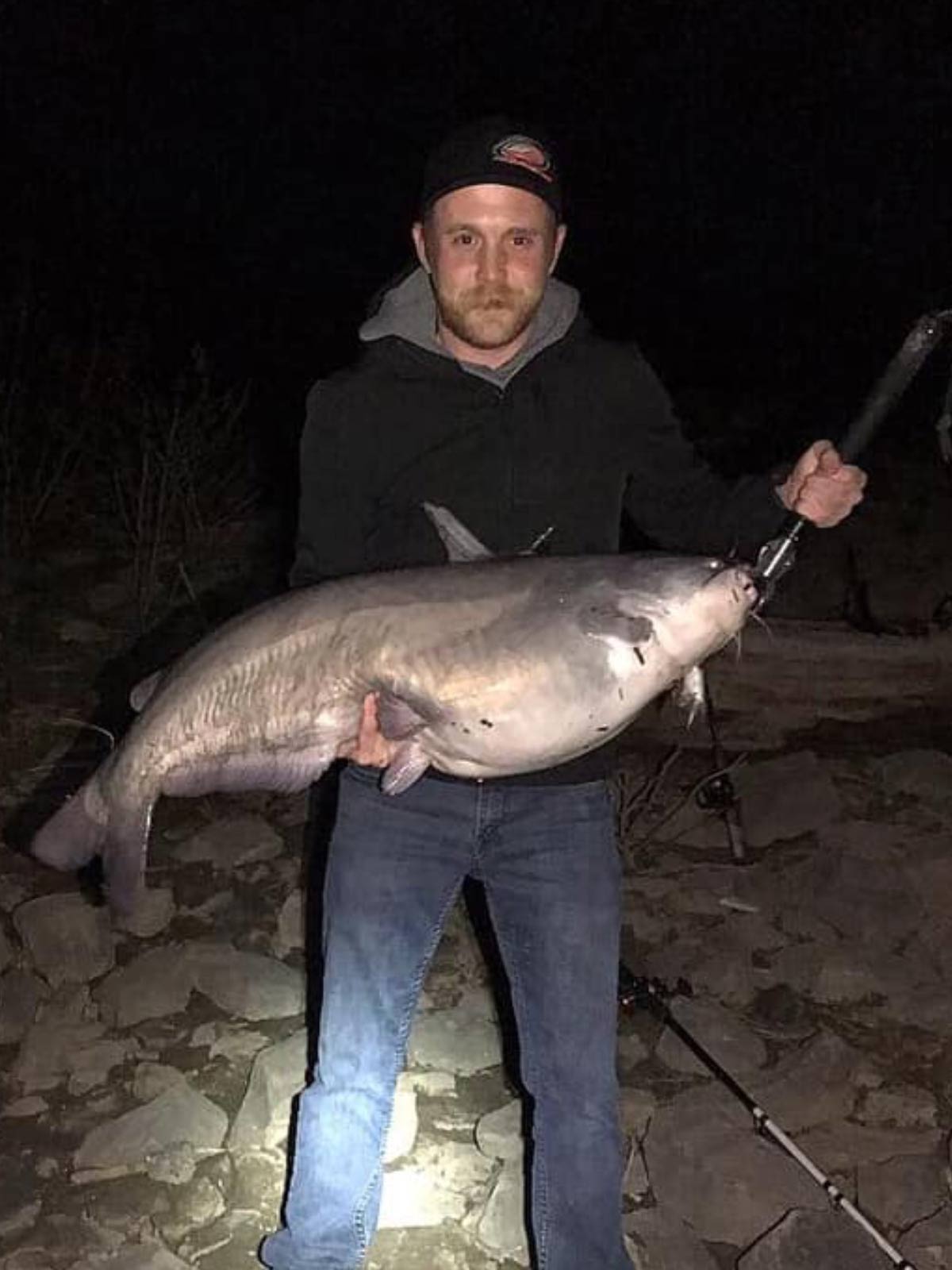 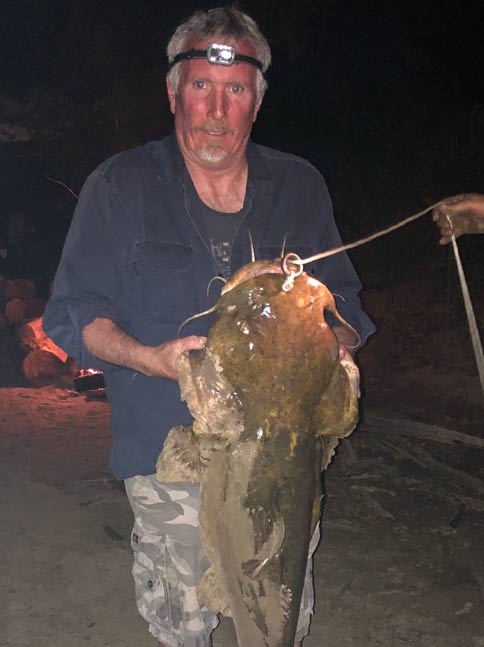 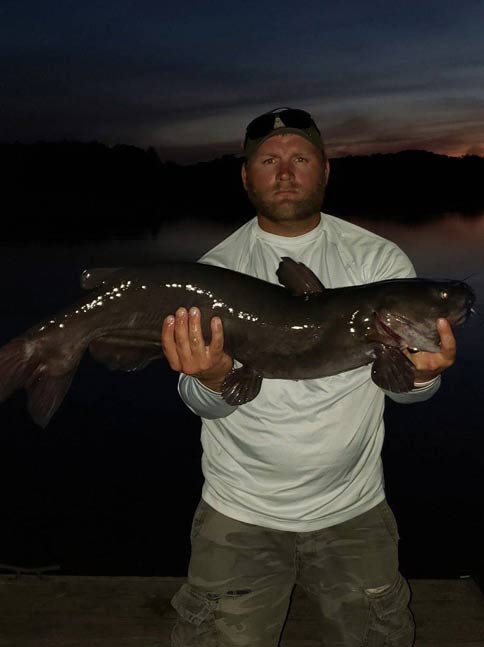