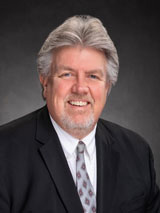 Last year, Hoosiers rediscovered their birthright. We all yearned for normalcy. We needed to get outside, breathe fresh clean air, and stretch our legs.

DNR properties welcomed a record number of visitors, campers, boaters, hunters, and anglers. Every DNR guest and customer deserves and has come to expect a high-quality experience. That will forever be our mission. The efforts of our DNR team, volunteers, and kind and patient users helped us keep things sailing smoothly through rough waters.

Many volunteer groups, some old friends of DNR and some new friends formed through social media for a single event, helped us. They came to pick up litter, clean campsites, repair and expand trails, remove invasive species, and provide equipment so their neighbors could enjoy Indiana’s special places.

We also need to thank you, our guests and users, for your patience. You safely shared the trails, calmly dealt with overflowing parking lots and crowded boat ramps, adapted your plans, dutifully followed state health recommendations, and suspended decades-old traditions without complaint.
Indiana is blessed with unique places and remarkable natural features. But our greatest resource is Hoosiers themselves. Happy New Year!

Nick Speth grew up near Martinsville but lives in Canton, Michigan now. When he wanted to introduce his wife to camping, he had one Indiana destination in mind.

McCormick’s Creek State Park might spark Jennifer’s interest in the hobby, if any destination would, he thought. Nick has fond memories of overnighting at the park near Spencer with his family as a youngster.

“I remember they had some really interesting trails and the waterfall, and mostly, I remember having a lot of fun,” Speth said. “I’m sure part of it was nostalgia, but I knew it was more than that.”

The couple borrowed his parents’ pop-up camper so they wouldn’t have to “rough it” too hard. Would it be too hot? Would there be too many bugs? Nick’s concerns were many.

But Jennifer found the park enchanting and the canyon and waterfall gorgeous. The couple went horseback riding and visited the Nature Center’s bird viewing area, where they spent hours looking out the window. That got Jennifer hooked, and she’s now an avid birder.

“My camera’s right here,” she said from the couple’s campsite, pointing next to her. “I saw an indigo bunting earlier. I love coming out here and seeing what I can find.”

Now the couple regularly drives the four to five hours to their favorite park.

While Jennifer was discovering McCormick’s Creek, Nick was busy re-discovering it. He watched the wildlife and then revisited a few trails. When interviewed, the couple was about to make a trip to the park’s Wolf Cave, and planned another canyon trip.

That first camping trip to McCormick’s sparked more camping excursions to areas across Michigan and Indiana. Nick says that, in a way, that first trip backfired—now Jennifer is almost more interested in camping than he is.

“Since this was my first camping experience everything else has to measure up, and so far, no other place we’ve been has,” Jennifer said. “Great wooded campsites, a lot of things to do packed into one space, that’s why we keep coming back.”

McCormick’s Creek has delighted other campers and visitors of all ages since becoming Indiana’s first state park in 1916. It’s undergone several changes and improvements through the years, but at its heart has always been about connecting visitors with nature and helping them form lifelong relationships.

Check out these mammals
By Scott Roberts, OI staff

An Allegheny woodrat scampers back to cliffs near the Ohio River after release by DNR biologists who assessed its overall health, took measurements, and applied a device to track it. (Frank Oliver photo)

Images of bears, lions, monkeys, and elephants will likely appear.

If you narrow that search to "Indiana mammals", well-known creatures such as deer, raccoons, coyotes, opossums, and chipmunks will be among the results.

Mammals are defined as animals that create fur and produce milk for their young—and, among their other characteristics, nearly all mammals give live birth. Only two species of mammals on Earth lay eggs, duck-billed platypus and echidna, but those species’ adults produce milk and fur, making them mammals. In addition to egg-laying mammals, there are marsupials and placental mammals, both of which can be found in North America.

While most of the best-known mammals have important roles to play in Indiana’s ecosystem, the Hoosier state has other lesser-known mammals that have found their own niche in Indiana’s environment. DNR nongame mammologist Brad Westrich enjoys studying these creatures because many of them have unusual behaviors, and the way they affect the environment is sometimes not immediately obvious. It’s one of the reasons Westrich chose his career field.

There’s only one Indiana state firearm. Literally.
By Joe Jansen

Many Hoosier school kids could tell you that Indiana’s state bird is the cardinal. Most of us can glance at our Indiana driver’s license and recognize our state seal, with its buffalo leaping over a fallen log.

But fewer know Indiana is one of only eight states to have designated an official state firearm.
While other states from West Virginia to Alaska have commemorated their frontier, Western, or hunting heritage by recognizing a type of rifle or pistol, Indiana is the only state to have named one specific firearm, crafted by one man, as its state rifle.

Known as the “Grouseland Rifle” these days, the firearm was originally built as a flintlock muzzleloader around 1803 by Revolutionary War veteran and master gunsmith John Small (1759–1821). It is named for William Henry Harrison’s Grouseland Territorial Mansion, the pillared Georgian/Federal-style home of the future ninth president of the United States in Vincennes.

The rifle is one of the few John Small rifles known to still exist. As a state symbol, it is a fine representation of Indiana’s frontier heritage, according to retired Indiana State Historic Sites historian Richard Day. “The longrifle is one of the tools that made it possible to settle the Western territories,” Day said. “The rifle enabled pioneers to provide for their families by hunting deer and buffalo and other wild game to supplement what they could grow on the land. And the longrifle was important to protect one’s family.”