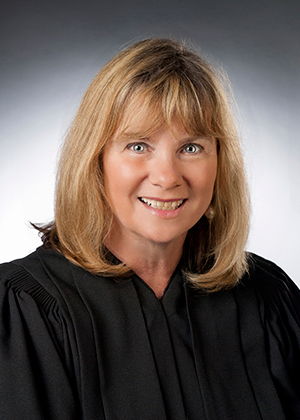 Patricia A. Riley was named to the Court of Appeals of Indiana by Governor Evan Bayh in January of 1994. A native of Rensselaer, Indiana, Judge Riley earned her bachelor’s degree from Indiana University-Bloomington in 1971 and her law degree from the Indiana University School of Law-Indianapolis in 1974. Early in her career she served as a Deputy Prosecutor in Marion County and a public defender in Marion and Jasper counties before entering into private practice in Jasper County. She served as a judge of the Jasper Superior Court from 1990 to 1993. She is a former associate professor at St. Joseph's College in Rensselaer and the Indiana University School of Law-Indianapolis.

Judge Riley’s civic associations include being on the Board of Directors of Recycle Force. She serves on the Board of Visitors of the Robert H. McKinney School of Law – Alumni Association, and is a member of the Indianapolis Metro Rotary Club.

She also has extensive international legal experience. In 2008, she co-founded the Legal Aid Centre of Eldoret, Kenya (LACE), which provides legal access to justice for HIV/AIDS patients in the AMPATH medical center.

In 2011, Judge Riley traveled with the Washington, D.C.-based International Judicial Academy to The Hague, Netherlands, to observe the International Criminal Court and two International Criminal Tribunals that are hearing cases from Sierra Leone and the former Yugoslavia. And in 2012 she participated in the 3rd Sino-U.S. Law Conference, which was held in Beijing at the National Judges College of the People’s Republic of China, which oversees all aspects of that country’s judicial training, placement and promotion. In 2013 Judge Riley attended the Justice Academy of Turkey where she presented her paper about Ethic Rules in the U.S.