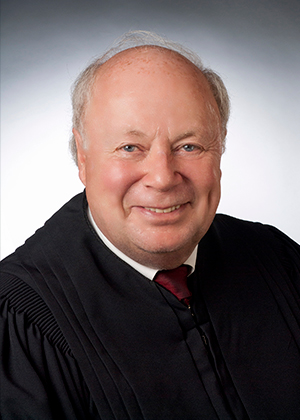 Judge Kirsch served as Judge of the Marion Superior Court from 1988 to 1994 and as presiding judge of the court in 1992. From 1974 to 1988, he practiced law with the firm of Kroger, Gardis & Regas in Indianapolis in the areas of commercial and business litigation and served as managing partner of the firm. Since 1990, he has held an appointment as Visiting Professor of Law and Management at the Krannert Graduate School of Management at Purdue University. He has taught law in 30 countries on five continents and currently holds concurrent faculty appointments at the University of Tilburg in the Netherlands and the Central European University in Budapest, Hungary.

Judge Kirsch is a frequent speaker and lecturer and has served on the faculty of more than 300 continuing legal education programs. He has been named a Sagamore of the Wabash by four different governors. In 2009, the Indianapolis Bar Association presented Judge Kirsch with its highest award – the Hon. Paul H. Buchanan Award of Excellence in recognition of “his notable attainments as a lawyer and honorable service to the legal profession over an extended period time.”