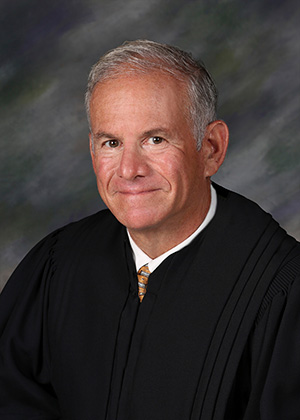 During this tenure, Judge Bradford chaired the Marion County Criminal Justice Planning Council, a group of local elected and appointed officials who recommended ways to improve the county’s response to criminal justice problems, including jail overcrowding, staffing, and budget issues. His efforts led to the end of 30 years of federal oversight of the Marion County Jail and to security improvements at the county’s Juvenile Detention Center.

Before joining the bench, Judge Bradford served in the Marion County Prosecutor’s Office for two years, overseeing a staff of more than 100 attorneys. For five years, he was an Assistant United States Attorney for the Southern District of Indiana, prosecuting major felony drug trafficking cases. He engaged in the private practice of law from 1986 to 1991, and served as both a deputy prosecutor and public defender during his career.

A native of Indianapolis, Judge Bradford received a B.A. in labor relations and personnel management from Indiana University-Bloomington in 1982 and his J.D. from the McKinney School of Law-Indianapolis in 1986. He is the Court of Appeals' liaison to the Indiana Judges Criminal Instructions Committee, which provides guidance to judges on jury instructions in criminal cases, and a former member of both the Indiana Judges Criminal Policy Committee and the Board of Directors of the Indiana State Judicial Conference.

He is a Senior Distinguished Fellow of the Indianapolis Bar Association; and teaches at various seminars on a variety of legal topics. From 2005 to 2007, Judge Bradford hosted “Off the Bench with Judge Cale Bradford,” a legal commentary program on Marion County’s government access network. He also served on the Judicial Technology and Automation Committee (JTAC), helping to draft the state judiciary’s policies on technology and electronic case management. Judge Bradford previously served for over ten years as an adjunct instructor in forensic science and the law at Indiana University Purdue University Indianapolis.