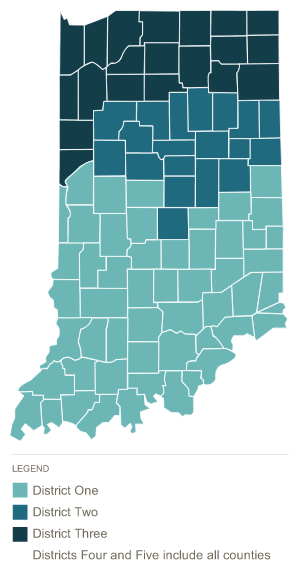 The 15 members of the Court of Appeals of Indiana represent five state districts:

Judges named from these districts stand for retention only in their districts.

Presiding Judges of each District for 2023: