About the judicial branch

The Indiana Constitution divides state government into three branches: the Legislative, the Executive, and the Judicial. The Constitution provides that the judicial power of the State is vested in a Supreme Court, a Court of Appeals, Circuit Courts and such other courts as the General Assembly may establish (Indiana Constitution Article 7§1). In 1970, the voters of Indiana approved a constitutional amendment providing for merit selection and retention of Indiana Supreme Court justices and Indiana Court of Appeals judges.

The first court in the Indiana Territory consisted of three judges appointed by the Governor in 1800. Today, the Indiana court system has evolved into a system of justice that is sophisticated and complex. It consists of different levels of courts serving different functions and over 575 judicial officers hearing more than 1.8 million cases each year! 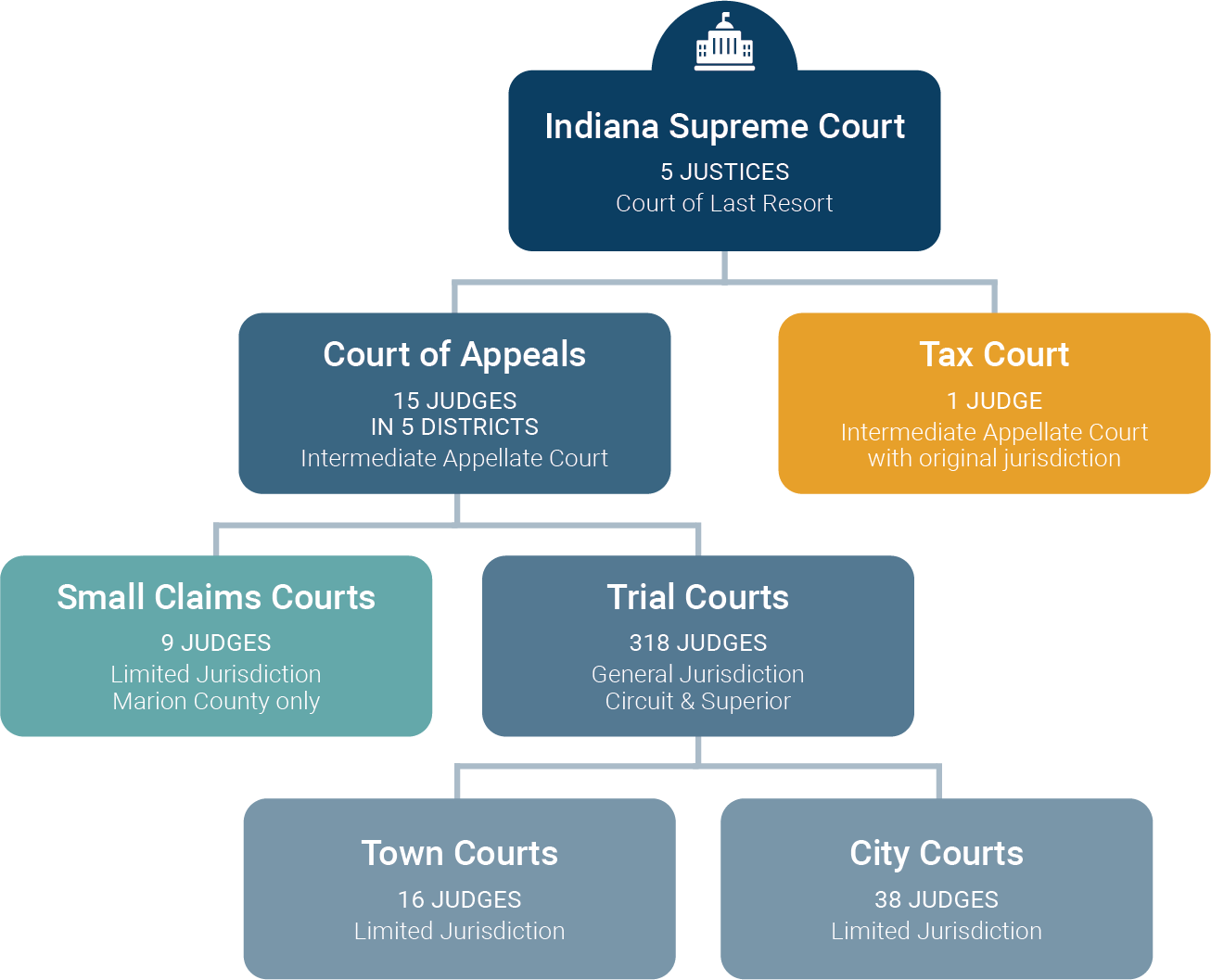