Gasoline pricing is a volatile and dynamic issue. That is why the Indiana Attorney General's Office and federal agencies such as the Federal Trade Commission and the U.S. Department of Energy monitor gasoline prices regularly.

Indiana's Fuel Price Gouging law prohibits price gouging for fuel products when the Governor declares an emergency under either general disaster/emergency powers or energy emergency. The law allows the Attorney General's Office to investigate gas gouging in incidents that occurred 24 hours before the Governor's declaration of emergency.

The retail price of gasoline is a composite of market forces. Consumers should seek the lowest price offered in the area. The Attorney General cannot control the movement of gasoline prices, as crude oil and the majority of taxes are a result of federal and international factors. The Attorney General can, however, challenge illegal pricing activities that include agreements between retailers to fix prices, deceptive sales acts, or excessive pricing during a state of emergency.

The Indiana Attorney General's Office will monitor all consumer reported prices from areas identified as the State of Emergency. The office is ready to act promptly if an anomaly, which is not supported by composite prices, is identified.

The public can report instances of excessive pricing to the Indiana Attorney General's Office at 1.800.382.5516, or file a gasoline complaint here. 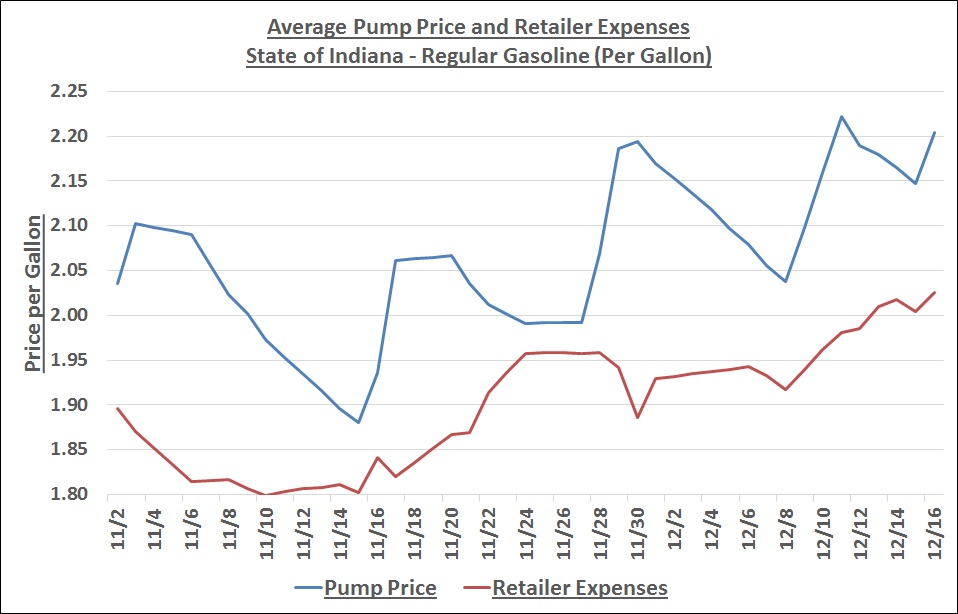