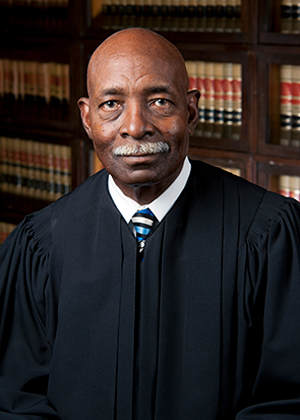 Robert D. Rucker was appointed to the Indiana Supreme Court by Governor Frank O'Bannon in 1999.

Born in Canton, Georgia, Justice Rucker grew up in Gary, Indiana, and is a veteran of the Vietnam War.

He is a graduate of Indiana University (B.A. 1974) and Valparaiso University School of Law (J.D. 1976). In 1998, he earned a Master of Laws degree in the judicial process from the University of Virginia Law School.

Since leaving the Court, Rucker has served as a senior judge in the Indiana Court of Appeals.

Justice Rucker and his wife Dr. Denise Rucker are the proud grandparents of seventeen grandchildren.