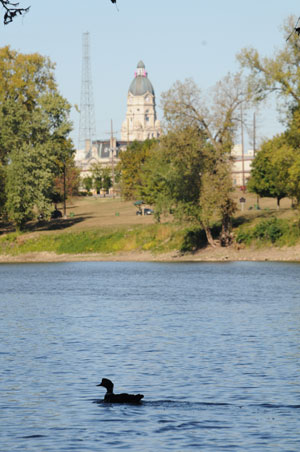 In 2009, legislation was revised to allow a new source of dedicated money to be placed in the fund.  This fund will be used to once again fund projects in the Wabash River Corridor.

Where are the funds from?

The owners of land in Indiana are due royalties from oil and other minerals collected beneath their property.  Because no person or agency owns the Wabash River, the royalties collected have gone into the state general fund.  In 2009, IC 14-13-6 was revised to put this money in a non-reverting fund for grants in the Wabash River corridor.  The revenue is approximately $150,000 per year.

What are the priorities for the grant?

How do I apply for the funds?

Visit the WRHCF grants webpage at http://www.in.gov/dnr/outdoor/4067.htm for more info and application details.