If you’re like me, you recognize Veterans Day as a holiday in November, which means you don’t have to come to work. This is a great benefit even to those of us who are not veterans. While we are enjoying time away from our cubicles, here are a few tips to make sure you truly know what this day is all about.

#1 Veterans Day and Memorial Day are not the same.

I will admit, I did not know the difference, except that one is in May and one in November. But, I know I am not alone due to the number of articles written to explain the differences between these two holidays. According to Military.com, Memorial Day is for reflecting, remembering and honoring. In other words, Memorial Day is a way of appreciating those who gave their lives for our country, while Veterans Day honors all who have served – dead or alive – yet it seems to mostly be intended to thank living veterans for their service.

Veterans Days was originally Armistice Day, named for the end of the fighting of World War I. On the eleventh hour, of the eleventh day of the eleventh month of 1919, the Allies and Germany put into effect an armistice or a truce. Congress did not establish this day as a holiday until 1938, and then World War II happened and the Korean War. In 1954, congress changed the holiday to “veterans” day to honor all American war vets.

Just like Daylight Saving Time is commonly misspelled with an added “s” to be Daylight Savings Time, Veterans Day often gets an apostrophe added which does not belong. There is no possession of Veterans Day, just plural, as is celebrating all veterans as a group.

From 1971 to 1977, Veterans Day was observed on the fourth Monday in October. This was part of the Uniform Holiday Bill, which pinned down a few federal holidays to be celebrated on a Monday. Officials hoped this would stimulate the economy with travel and family activities over the long weekends. Americans did not like Veterans Day being celebrated this way. In 1978, President Ford signed a bill that return Veterans Day to November 11th. Ever since, we have always observed this holiday on November 11th and sometimes we get lucky enough that it falls on a day next to the weekend. 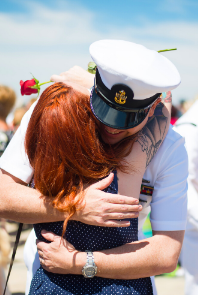 Civilian life can be very different than time spent while on active duty. For those transitioning their way into life at home with family and friends, there are many resources to help. Some challenges include obtaining a job, repaying debt, going back to school and preparing for financial emergencies. The links to several assistance resources are listed below: