Biodiesel is a domestically-produced renewable fuel manufactured from vegetable oils, animal fats or recycled restaurant greases. It can be used as a diesel fuel or mixed with regular diesel fuel, and can be used in any diesel vehicle. During transesterification, the glycerin separates from the fat or vegetable oil. The process leaves behind two products: methyl esters (the chemical name for biodiesel) and glycerin.
Biodiesel comes in a variety of blends from B2, which is a 2 percent blend, to B20, which is a 20 percent blend

How is biodiesel made? What are its byproducts?

Biodiesel is made through a chemical process called transesterification which involves a fatty oil (such as soy, palm oil, sunflower, or waste vegetable oils) and methanol mixed with a catalyst.
The glycerin co-product can be used in cosmetic, pharmaceutical, food industries, or used in an anaerobic digester (see Renewable Natural Gas). 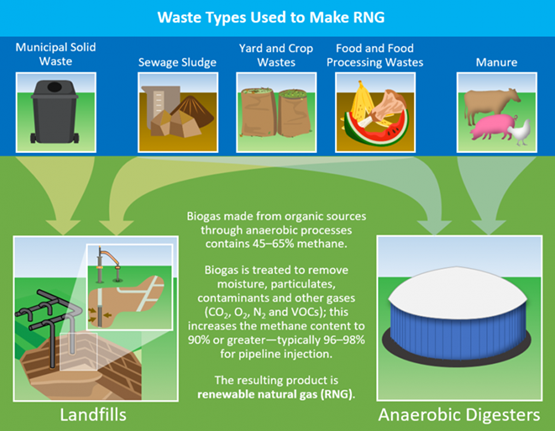 Why should I use biodiesel?

Biodiesel is better for the environment, because it is made from renewable resources and has lower emissions compared to petroleum diesel. It is less toxic than table salt and biodegrades as fast as sugar. Since it is made in the USA from renewable resources such as soybeans, its use decreases our dependence on foreign oil and contributes to our own economy. Biodiesel has a higher octane rating than conventional diesel. Biodiesel has been tested for more than 50 million miles and has showed similar fuel consumption, torque and horsepower as conventional diesel fuel. It also has superior lubricity and has the highest BTU content of any alternative fuel.

Can I use biodiesel in my diesel vehicle?

Biodiesel can be operated in any diesel engine with little or no modification to the engine or the fuel system. Biodiesel has a solvent effect that may release deposits accumulated on tank walls and pipes from previous diesel fuel storage. The release of deposits may clog filters initially and precautions should be taken. Ensure that only fuel meeting the biodiesel specification is used.