Women in the Military

Women have played a vital role in our military since 1775.   Women have served in the military in practically all our wars and military endeavors:

Women have served as nurses, cooks,  saboteurs,  some disguised themselves as men in order to fight alongside them.   This collection highlights federal documents showcasing the Women’s Army Auxiliary Corps (WAAC), and the Women’s Army Corps (WAC).

Beginning in October 1940, men between 21 and 35 were drafted for military service and on December 11, 1941, the US declared war against Japan's allies, Germany and Italy. As their husbands, sons and brothers left home, many American women asked, “how about us?” Acting as their spokeswoman, Representative Edith Nourse Rogers (Massachusetts) introduced a bill in May 1941 calling for the creation of all-volunteer women’s corps in the Army.

Initially, members of Congress, the press and the military establishment joked about the notion of women serving in the Army, but as America increasingly realized the demands of a war on two fronts (Japan and Germany), leaders also faced an acute manpower shortage. In May 1942, the House and the Senate approved a bill creating the Women's Army Auxiliary Corps (WAAC) and Oveta Culp Hobby, Chief of the Women's Interest Section in the Public Relations Bureau in the War Department and a lobbyist for the WAAC bill, became its first director. Although the women who joined considered themselves in the Army, technically they were civilians working with the Army. By spring of 1943, 60,000 women had volunteered and in July 1943, a new

The following pamphlets are part of our federal document collection p.d. 355.22 Un58ma.   Due to age, they are unable to be checked out, but can be viewed in the library during regular business hours. 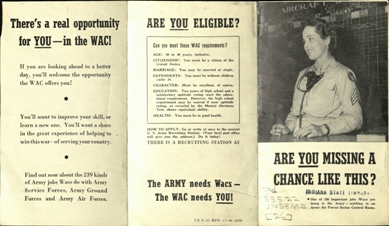 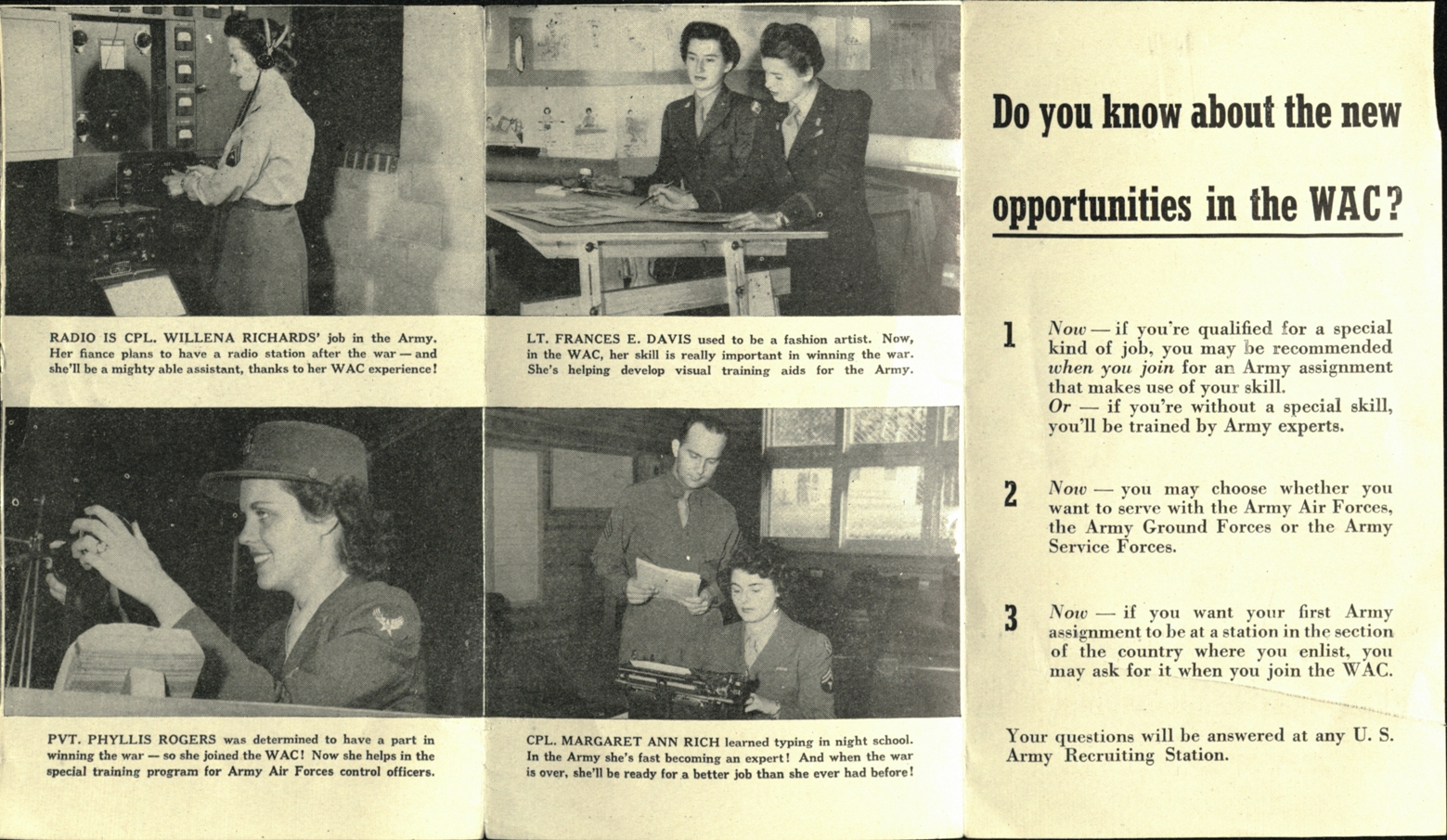