Trooper Clevenger was in pursuit of a motorist when the chase led to a T-intersection. Due to the dust created by the other vehicle, Clevenger was unable to see the embankment ahead of him and struck it head-on. At the scene, investigators found the license number of the car Clevenger had pursued and were able to locate the vehicle owner, a parole violator. 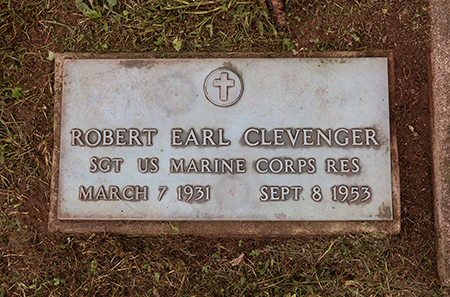