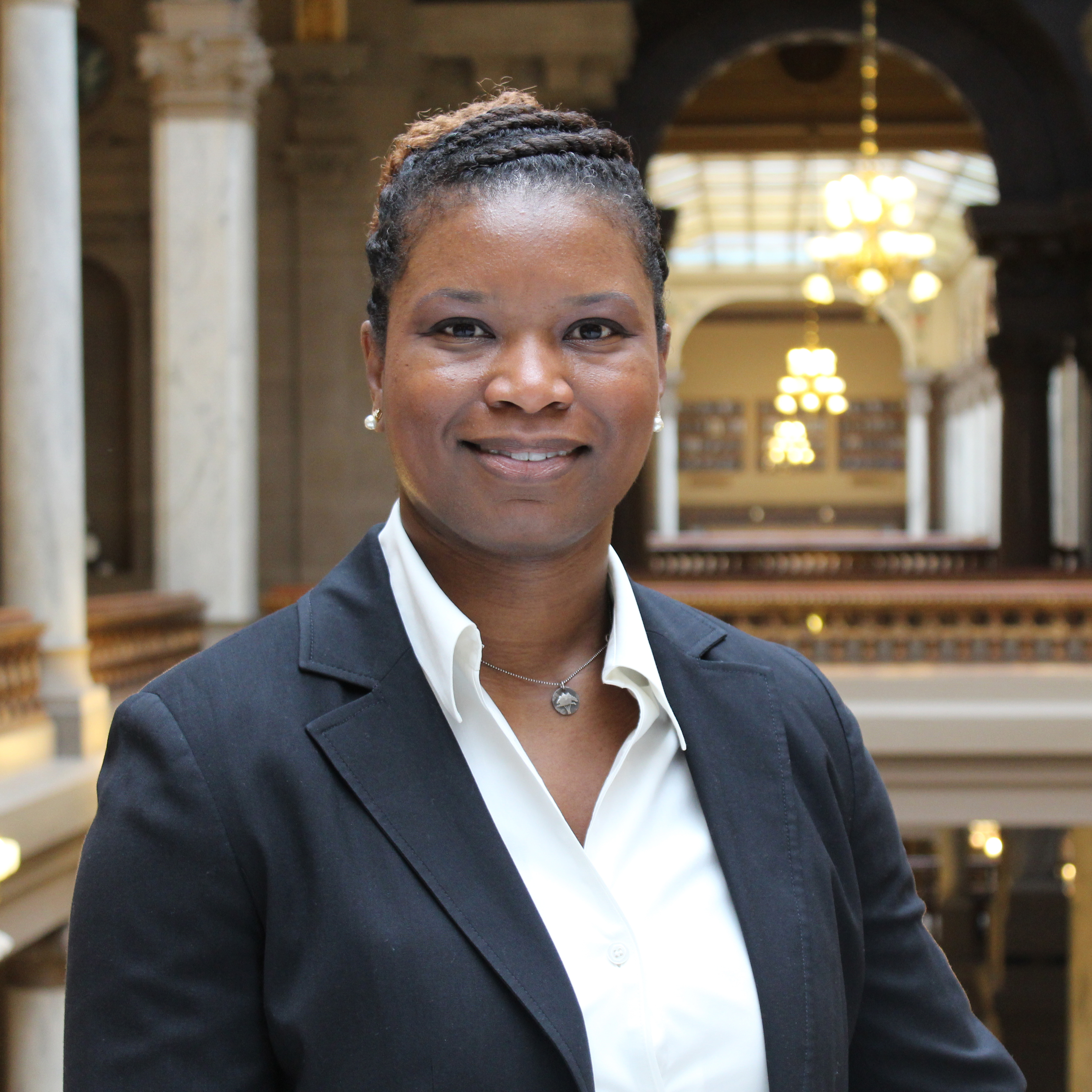 Bernice A. N. Corley is the Executive Director. As Executive director she assist in the managing of the agency and carrying out the policies established by the Board of Directors. Prior to joining the Public Defender Council, Ms. Corley served four years as General Counsel at the Department of Education and also served as legal counsel for both the Indiana Senate and Indiana House of Representatives. Her career includes clerking for Hon. Carr Darden. Ms. Corley served as a Marion County Public Defender Agency as trial counsel as well as appellate counsel. 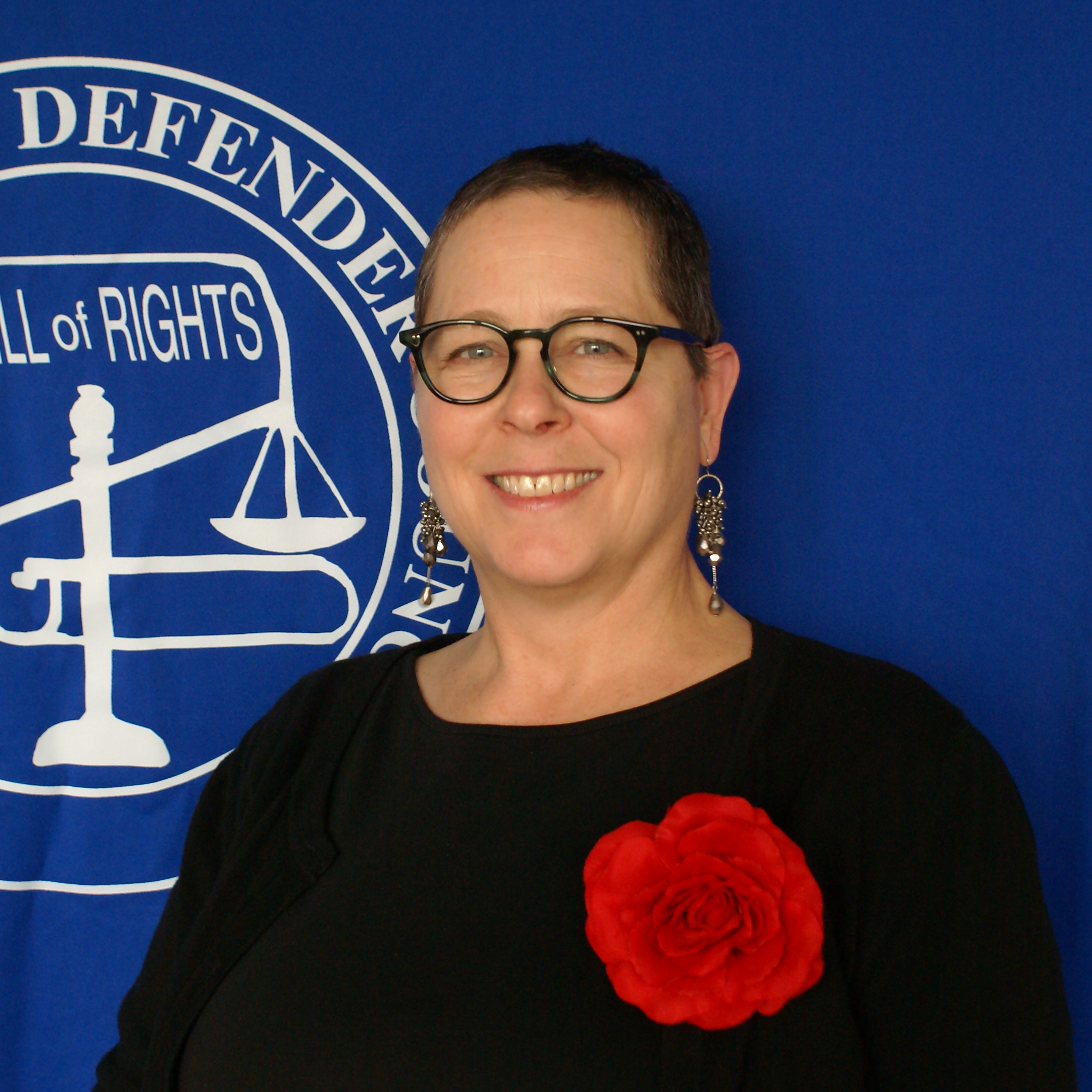 Diane Black is the Training Director. She is responsible for designing state-wide training programs for defenders in Indiana. Additionally, she trains attorneys in all regions of the state. Prior to joining the Council, Ms. Black was a public defender at the Marion County Public Defender Agency for 20 years. For the last 6 of those years she developed training programs as well as trained 175 plus attorneys and staff. She is a member of NLADA, NAIDE, NAPD, NACDL and the Indiana State Bar Association, sitting as a member on the Criminal Justice section. 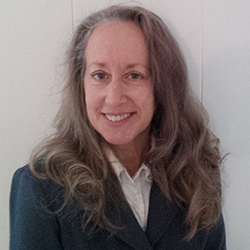 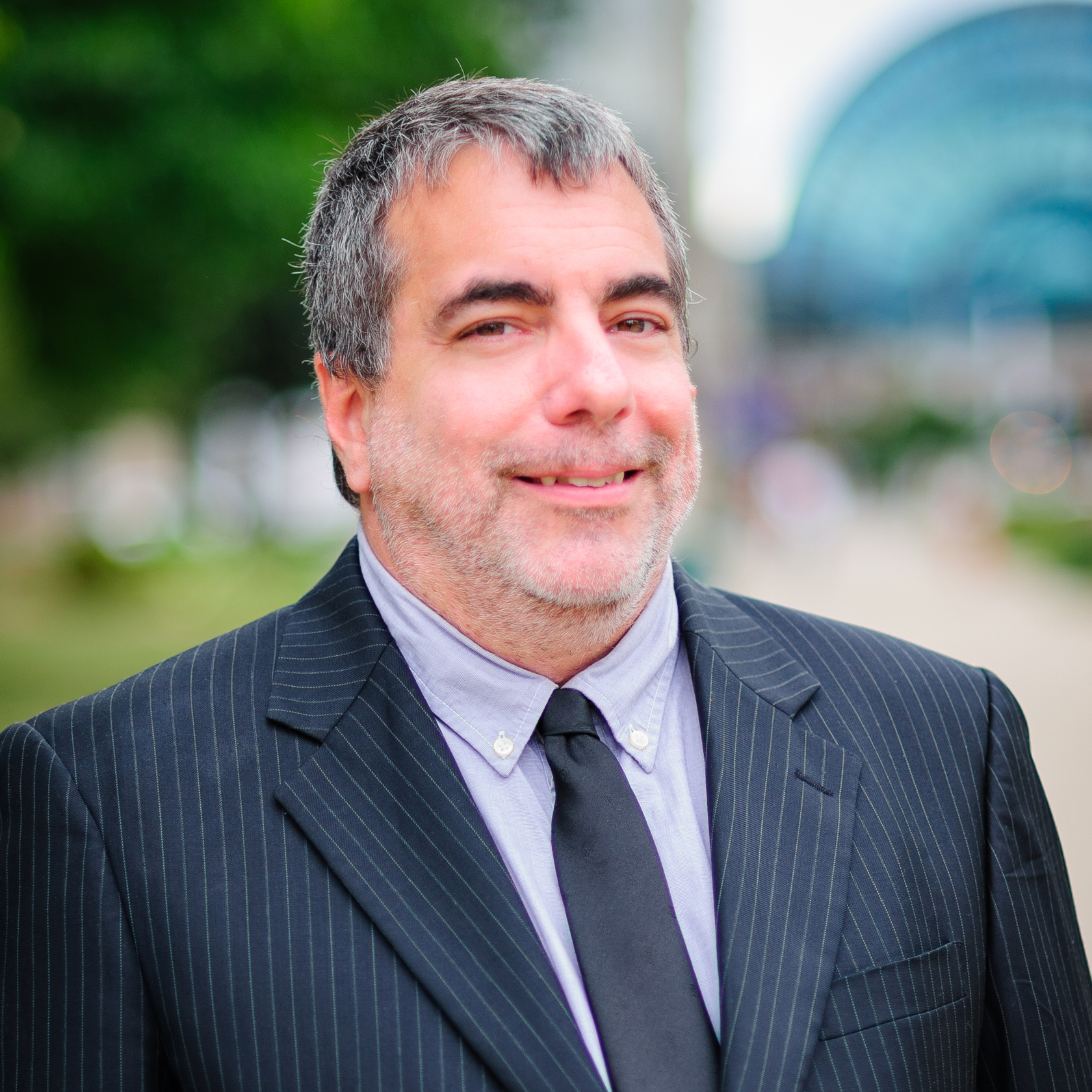 Jack Kenney is the Research and Publications Director. Since 1994, he has enjoyed meeting IPDC members and providing assistance in all types of indigent cases and phases of litigation. Jack co-authored the 1995 edition of the Pretrial Manual as well as the Search and Seizure, Confessions and Representing Clients with Mental Illness Handbooks. He also regularly updates IPDC's Casebank, Motions/Jury Instructions, as well as the Sentencing, Criminal Trial, and Evidence manuals. In addition to giving caselaw update presentations throughout Indiana, Jack writes a bi-monthly column for the state bar journal, Res Gestae. Before joining the Council, Jack worked in private practice in Elkhart and Indianapolis, and worked for the Monroe County PD office while in law school. A member of Phi Beta Kappa, he graduated from Indiana University in 1989 and received his J.D. from I.U. School of Law, Bloomington, IN 1991. Kent Zepick is an attorney with the Indiana Public Defender's Council. He fields research questions from public defenders, helps draft and coordinate the Council's monthly newsletter, The Defender, and writes and edits manuals on criminal law. He also helps public defenders prepare for oral arguments.

Much of his career has focused on appellate practice. From 1994-95, he served as a clerk for James Kirsch, former Chief Judge of the Indiana Court of Appeals. He later worked in the appellate division of the Attorney General's office, but soon returned to the Court to fill the newly created staff attorney's position. In that role, he managed the Court's motions practice, drafted articles on appellate issues, spoke at CLE programs, and answered attorneys' questions regarding appellate procedure. Before joining the Council's staff, Mr. Zepick filed briefs in Indiana's appellate courts for both the Indiana and Marion County Public Defenders. His appellate experience also includes civil work for Bingham McHale LLP, where he filed briefs in the Seventh Circuit and Indiana's appellate courts. He is an adjunct professor of criminal justice, business law, and business ethics at Indiana Wesleyan University. Christopher Bandy began working with the Legislature in 2015 and has served in the Indiana State House of Representatives and Senate in multiple capacities. Mr. Bandy started his career as an Intern for the Indiana House of Representatives, then went on to work as a Legislative Staffer for a Government Relations Firm, and he has most recently worked for the Indiana Senate as a Legislative Assistant and then as a Policy Analyst. Currently, Mr. Bandy is completing a J.D. from the IU McKinney School of Law, and as a law student, Mr. Bandy has experience with the Marion County Public Defenders as a Certified Legal Intern representing clients in misdemeanor cases. Mr. Bandy brings with him well rounded legislative experience and a burgeoning legal career. Larry is from Highland, IN. He graduated from IU, Bloomington in 1969, and I.U. Robert H. McKinney School of Law in 1973. Larry drafted the legislation that created the Council in 1977 and was the first and employee. He has conducted over 350 seminars and workshops, published six manuals and numerous articles on criminal defense and has lectured extensively on a variety of criminal justice topics. Larry drafted the legislation that created the Indiana Public Defender Commission in 1989 and successfully lobbied for its passage. He works with the Indiana General Assembly on all criminal and juvenile justice bills. He is currently a member of the Public Defender Commission, Board of Trustees of the Indiana Criminal Justice Institute, Commission on Children, Commission on the Interstate Compact on Probation and Parole, and the Commission to Combat Drug Abuse. He was a member of the Criminal Code Evaluation Commission and the Criminal Law and Sentencing Policy Study Committee that revised the Indiana Criminal Code in 2014.

Larry has been an adjunct professor in trial advocacy at I.U. Robert H. McKinney School of Law since 1981. His awards and honors include: Hoosier Freedom Award in 2012 from the Indiana Trial Lawyers Association; Chancellor's Award for Excellence in Teaching from IUPUI in 2010; Part-Time Teaching Award from I.U. President Michael McRobbie in 2010; Marc Emery Award from the Marion County Public Defender Agency Board of Directors in 2007; Distinguished Teaching Award in 1998 and 1999 from I.U. School of Law - Indianapolis; Reginald Heber Smith Award in 1996 from the National Legal Aid and Defender Association; and the Criminal Justice Service Award in 1996 from the ISBA Criminal Justice Section. Larry is a member of the ABA, NLADA, NAPD, NACDL, ISBA, and the IBA. Michael Moore began his legal career as a public defender in Marion County following a career as an American Sign Language Interpreter and Special Education Advocate. Since 1999, Mr. Moore served as either a full-time or contract attorney representing individuals in every division within the Marion County Public Defender Agency, including appellate division, major felony drug courts and juvenile court. From 2010 to 2013, Mr. Moore served as the Misdemeanor supervisor where he trained and mentored newly admitted attorneys. In 2013, Mr. Moore joined the Indiana Department of Education where he served as the Director of the Office of Legal Affairs. Mr. Moore brings to the Council a wealth of experience representing clients in all manner of criminal and juvenile actions as well as experience dealing with state budgets and complex contracts. 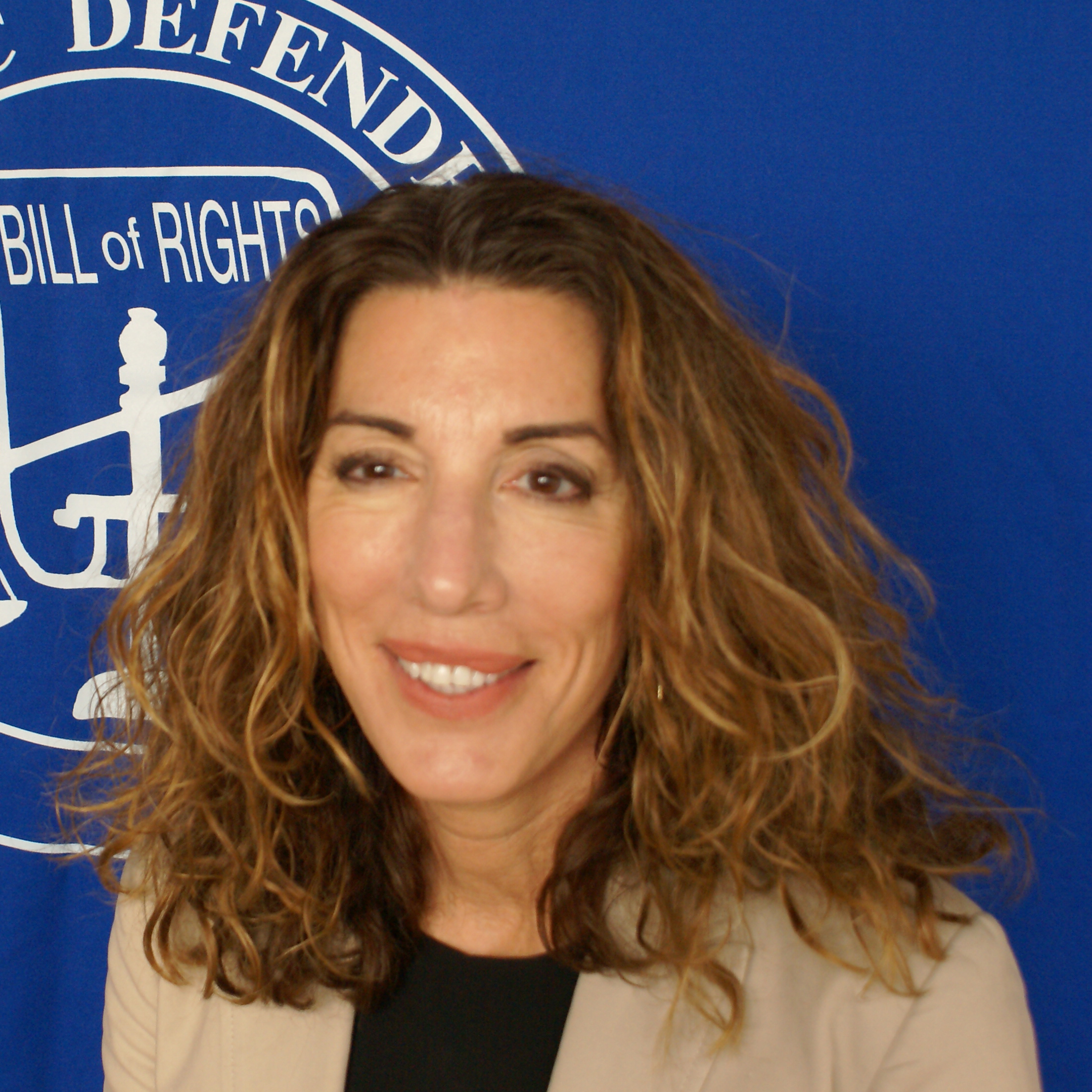 Amy Karozos is a contract attorney with Indiana Public Defender Council, serving as project director for OJJDP grant to improve juvenile indigent defense services. Before coming to work with IPDC, Amy was a staff attorney with Youth Law T.E.A.M. of Indiana, a not-for-profit agency, working on statewide programs dealing with a variety of juvenile law related issues. She started her career as a deputy public defender at the State Public Defender's Office. Amy has been a contract attorney for the Marion County Public Defender, Appellate Division, for the past several years. She is an adjunct professor at UIndy. In 2014, she became a certified JTIP (Juvenile Training Immersion Program) trainer. Kim Tandy has nearly 3 decades as a lawyer defending the civil rights of children, youth, and adults in the justice system. She was the founder and Executive Director of the Children's Law Center, Inc. in Covington, Kentucky. As the coordinator for the Central Juvenile Defender Center for nearly twenty years, she served as primary investigator and author of state juvenile defense assessments and has participated in fifteen state assessments for the National Juvenile Defender Center. Kim also spent nearly 15 years as an appellate contract lawyer for the Department of Public Advocacy in Kentucky, and for the Sixth Circuit Court of Appeals. Kim has lectured across the country on numerous issues including conditions of confinement, improving juvenile defense, ethical considerations in representing child clients, ending the school to prison pipeline, access to the court, and other civil rights issues. She has received awards from the National Juvenile Defender Center, the American Bar Association, the IMPACT fund, and various state and local honors. Currently, she serves as a consultant for the Indiana Public Defender Council on a federal OJJDP project to improve juvenile defense, and is the Technical Advisor. Joel C. Wieneke lives in Morgan County with his wife Cara, and two children. He is a former law clerk for the Honorable Judge Patricia A. Riley, and also had the pleasure of clerking one summer during law school for the Honorable Judge John G. Baker. He has served as a contract public defender with the Putnam Circuit Court, and used to accept appointments through the State Public Defender's Office for trial, direct appeal, and post-conviction cases. He served two terms as a Board Member of the Indiana Public Defender Council. Currently, he is serving as the Post-Disposition Unit Coordinator for the Indiana Public Defender Council's, Juvenile Defense Project. When he is not practicing law, you can usually find him hanging with his boys, or wandering a forest.

IPDC received a grant under Title II of the Juvenile Justice and Delinquency Prevention Act (Title II). We intend to the use the funds to improve outcomes for youth facing delinquency proceedings in eligible rural counties. The grant allows IPDC to offer social work services to public defenders defending juveniles in delinquency proceedings. Currently there are Support Specialists available in Kosciusko, Cass, Wabash, Ripley, and Decatur counties. Technical assistance is also available for all rural counties across the state.

Kelsey Hug is the Coordinator for the Title II Juvenile Social Work programming at IPDC. Kelsey graduated from the University of Michigan School of Social Work and is a Licensed Clinical Social Worker and Credentialed Sexually Abusive Youth Clinician. Prior to joining the Public Defender Council, Kelsey worked as a therapist for youth involved in Juvenile Court in Indiana and community advocate in Michigan.

Brooke has been contracted to provide coordination of the Public Defender Forensic Treatment Program supporting a grant awarded by the Edward Byrne Memorial Justice Assistance Grant (JAG). The program provides social work and supportive services to public defenders representing adults in criminal courts in rural and under-served counties across the state. Previously, Brooke worked for the City of Indianapolis as the Director of Re-Entry, and was a social worker and Social Services Administrator with the Marion County Public Defender Agency. She serves on the Board of Directors at Craine House and the Steering Committee of the Marion County Re-Entry Coalition. Brooke is licensed as a clinical social worker in the State of Indiana.