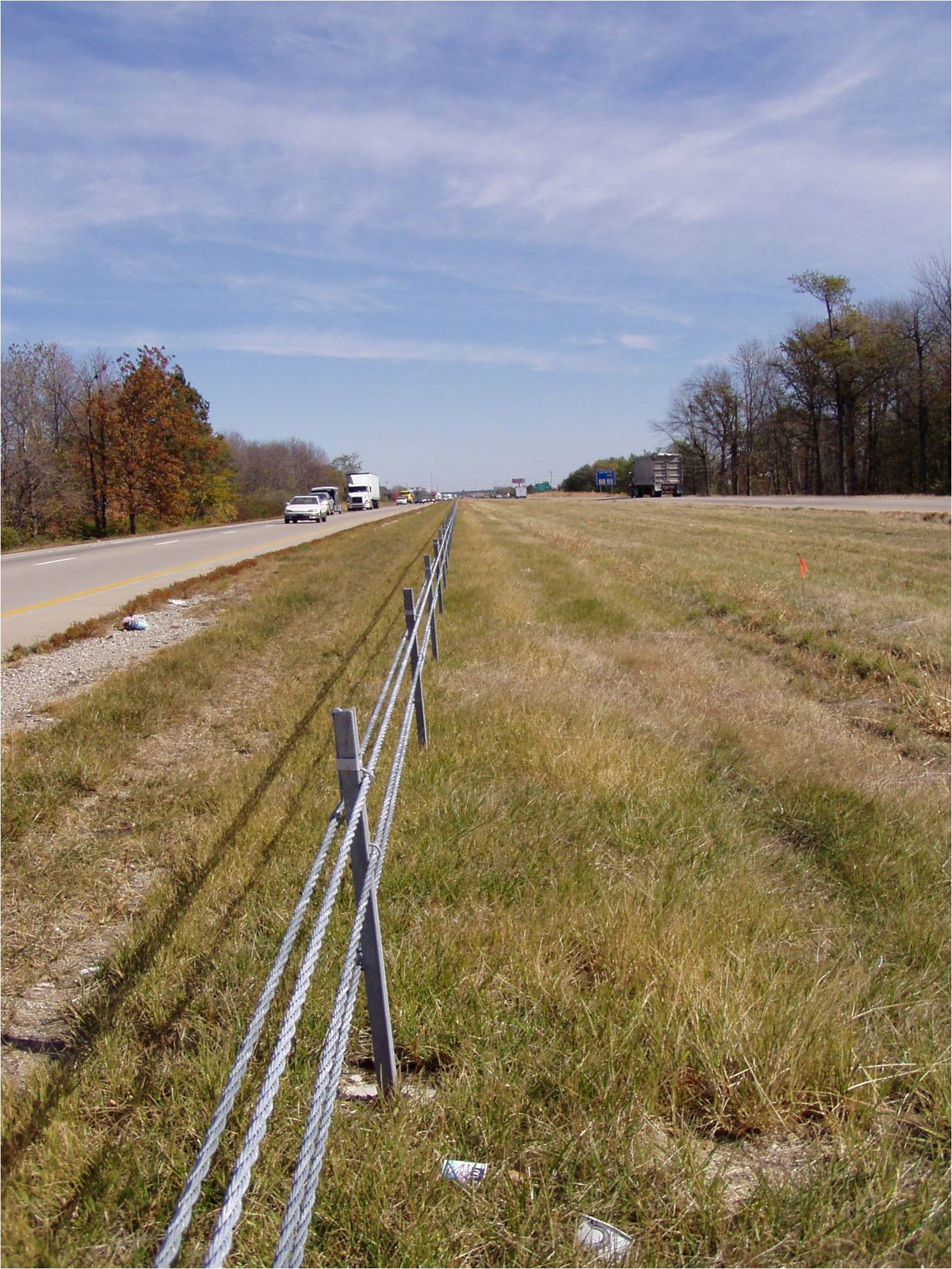 Median crossover crashes tend to be severe and are more likely to occur with higher traffic volumes. Most states that have installed cable barriers in medians report a decrease in cross-median crash fatalities of 90 percent or more.

CBS absorb collision forces and reduce the impact on vehicle occupants. They consist of pre-stretched, individually anchored wire ropes tensioned between end terminals and held in position by intermediate breakaway line posts. They generally cost less to install, repair, and maintain than continuous metal guardrail or concrete barriers. The cost to repair CBS are offset by the life saving and injury-reducing benefits provided by their impact absorbing capability.

Indiana inserts CBS along interstate highways, typically where medians are between 30 and 60 feet in width. Open medians of these widths are thought to have a higher potential for crossover crashes. Wider medians are thought to be more likely to allow for slowing or steering to avoid a collision. Because CBS must flex to absorb impacts, narrower medians are unsuitable for CBS and would call for metal guardrail or concrete formed barriers.

Cable barriers have been proven to: