Move Over For Emergency Vehicles 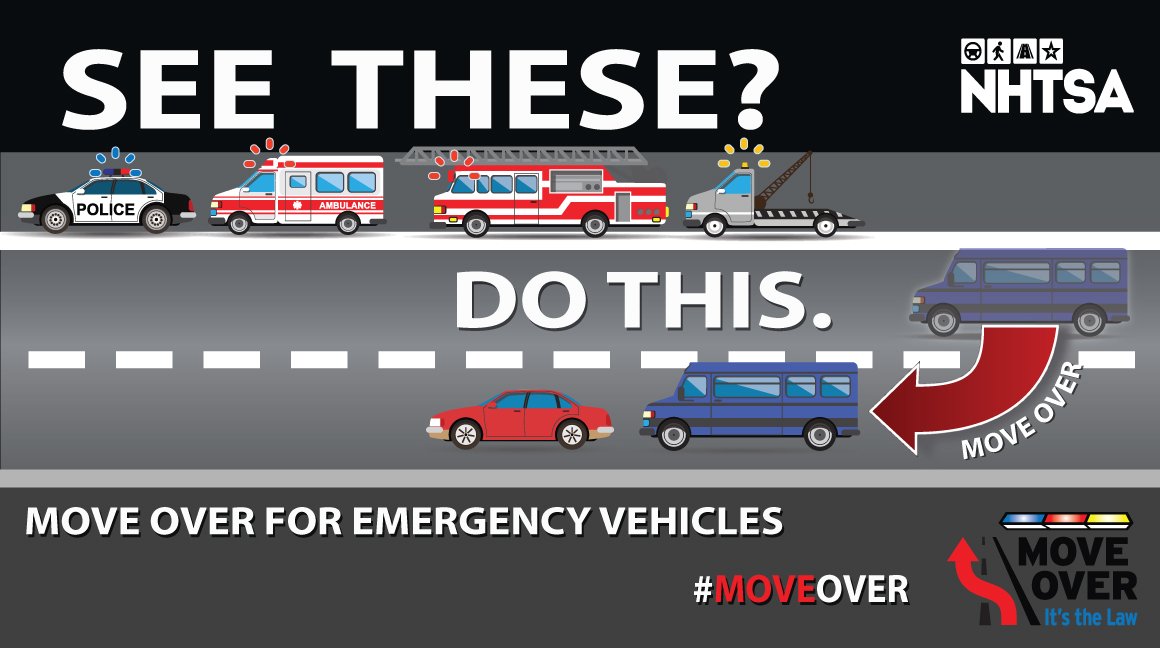 Not all "work zones" on the road involve construction, but all workers on the road deserve attentive and cautious drivers -- especially in emergency situations. Indiana's Move Over Laws are intended to protect workers performing their necessary duties on Indiana's roadways.

As soon as drivers see flashing emergency lights, they should reduce their speed and increase the distance from the vehicle in front of them. This increases visibility and the ability to safely react to whatever situation is ahead.

If it is not safe to change lanes, drivers should reduce their speed at least 10 mph under the posted speed limit, move as far away as possible within their lane, and proceed with caution.

Motorists should not stop in the road because this can cause a chain reaction of rear-end collisions with other vehicles. MOVE OVER and/or SLOW DOWN.

As you are driving, look well ahead and watch for these vehicles:

Violating the law can result in a fine and a license suspension of up to two years if the driver causes damage to emergency equipment, and causing injury or death of an emergency worker can result in a prison sentence.

Even though Indiana's Move Over Laws state that motorists must move over and yield for only emergency vehicles, drivers should also always be courteous to those who are broken down on the shoulder. Give them room so that they can safely repair their vehicles. Be a courteous driver and help prevent tragedy.