Putnamville was recognized as the 2010 Organization of the Year by the Hoosier Environmental Council during its third annual Green Policy Forum. Almost  $1.25 million will be saved in heating costs over two years from wood chipper that fuels a wood-burning furnace Putnamville saves approximately  $150,000 a year through a recycling program from reduced waste-hauling fees. The facility recycles 10 tons of cans, bottles, paper, plastic wrappers and  other material each month IDOC’s first windmill turbine generates enough power for one large building and a water conservation system that saves more  than 1 million gallons a day.

In February 2011, the Wabash Valley Correctional Facility placed solar panels and other equipment on the roof of a maximum-security housing unit.  Once complete, solar heated water will be used by the offender population in the unit, 200 total, for daily showers. The panels will preheat water to temperatures of 150 degrees or more. The system is 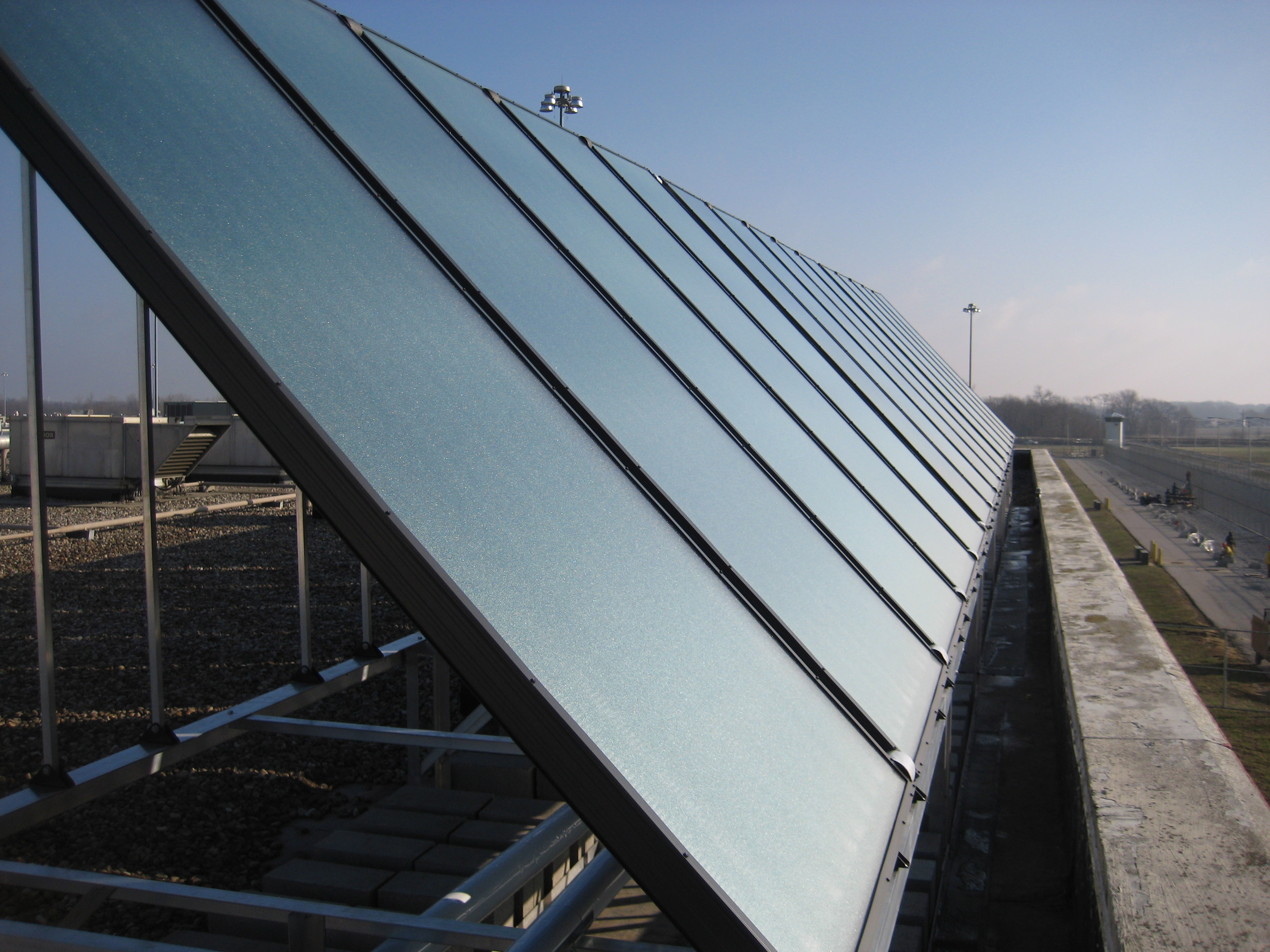 sized to provide about 40 percent of the thermal energy needed to heat the    water, which in turn will offset the natural gas needed by the same amount.  The end result is significant cuts in energy expenses for the housing unit every year.  The system will require little maintenance over its 30 year plus life span. The estimated energy saving value over that period?  $300 thousand dollars or almost $6 thousand dollars in savings per year!  The system, with a price tag of $75 thousand dollars, will pay for itself in 15 years.  Mann Plumbing, Inc. of Bloomington, Indiana, installed the solar system  It is the largest commercial application of solar thermal technology in the state and a true measurement of solar thermal efficiency. The pilot project, funded by the IDOC Division of Construction Services, could be expanded to other locations, as energy monitoring is studied and confirmed.