Between November 2000 and November 2005, the Indiana Department of Environmental Management (IDEM), the United States Environmental Protection Agency (U.S. EPA), the City of Indianapolis Office of Environmental Services (OES), and the Marion County Health Department conducted a project with input from a diverse group of stakeholders, for risk characterization and reduction of Hazardous Air Pollutants (HAPs) at Indianapolis Public School #21 (IPS 21), 2815 English Avenue, Indianapolis Indiana, and the surrounding community in response to a public request. 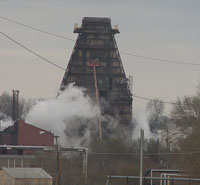 The project’s objective was to assess the risk to IPS 21 students, staff, and the surrounding community due to air toxics and to identify pollution reduction and risk mitigation opportunities. This characterization included the collection of ambient (outdoor) air samples and meteorological data on the property of IPS 21, development of a detailed inventory of emission sources in the study area, dispersion modeling of those sources, and evaluation of possible adverse health effects associated with inhalation exposure to HAPs. The project also included a pollution prevention assessment to identify emission reduction opportunities at the Citizens Gas & Coke Utility, 2950 East Prospect Street, Indianapolis Indiana, located directly to the south of the school and an indoor environmental assessment of IPS 21.

The stakeholder group eventually identified a goal to reduce the risk to as many exposed individuals as possible to one in a million excess cancer risk or less and reduce the non-cancer hazard quotient to less than one from each source category. The stakeholders would undertake best efforts to reduce risk taking into account technical, legal and economic feasibility and other constraints. A secondary project goal for IDEM was to develop tools, methodologies, and expertise to conduct community scale risk characterizations.

Summa Canisters were used to collect samples every 3-5 days at the School 21 monitoring location. These samples were analyzed using U.S. EPA Methods TO-14 and TO-15. In addition, a continuous gas chromatograph/mass spectrometer was used to take hourly readings for a subset of 9 pollutants. Polyurethane foam samplers were used to sample for polycyclic aromatic hydrocarbons. Modeling for the study was done using the Buoyant Line Plume Model and the Industrial Source Complex (ISC) model. 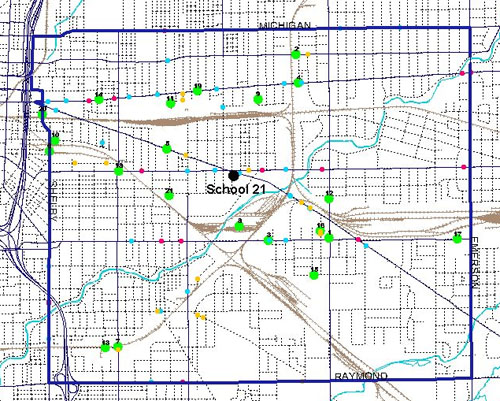 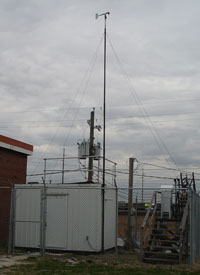 Results of the study indicate that non-cancer health effects were not of concern from monitored or modeled pollutants within the study area. While cancer risk estimates were elevated in the area, they were still found to be within U.S. EPA’s acceptable risk range. While Citizens Gas & Coke and School 21 both closed shortly after the completion of this study, nether closed as the result of this study. The study found no need to close either. Monitoring indicated that benzene concentrations (the main cause found for cancer risk) had been declining since at least 2000. Additional monitoring after the study showed a continued decrease in average benzene concentrations at the School 21 monitor.