2018 Women's History Month Proclamation from the Governor of Indiana 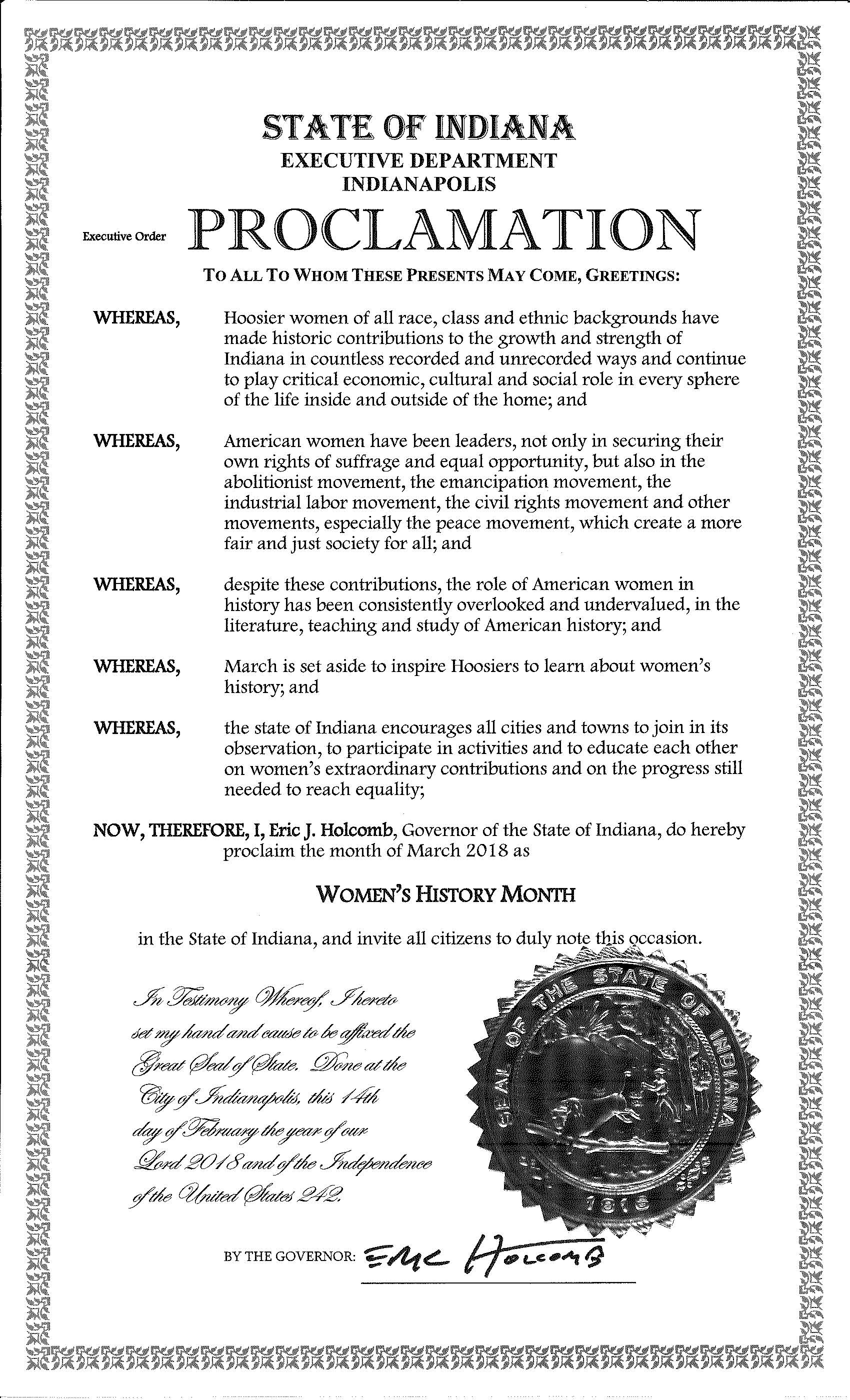 International Women's Day is celebrated in many countries around the world. It is a day when women are recognized for their achievements without regard to divisions, whether national, ethnic, linguistic, cultural, economic or political. International Women's Day first emerged from the activities of labour movements at the turn of the twentieth century in North America and across Europe.