View the annotated text for his marker. 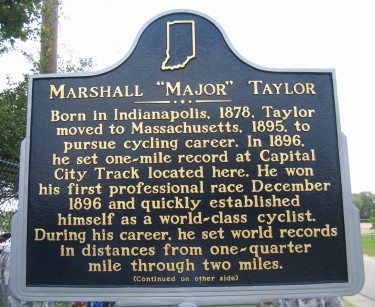 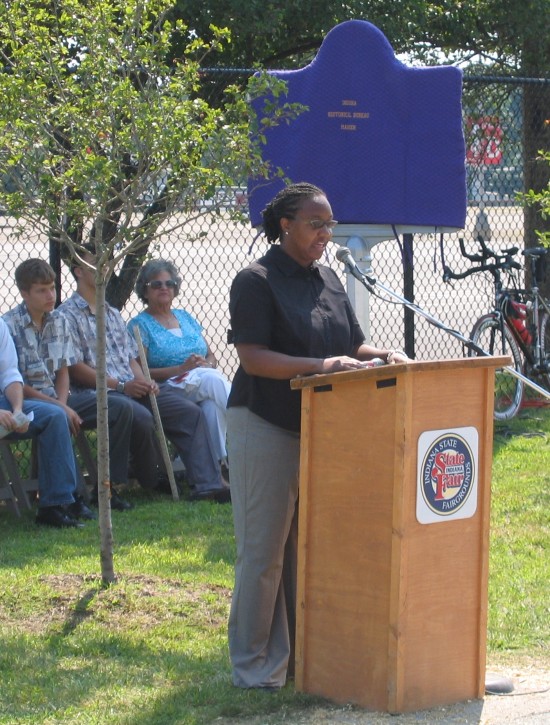 Kisha Tandy, Indiana State Museum, provided a perspective of Major Taylor in his own words; the Major Taylor Collection, given by his daughter, is available to researchers at the State Museum. 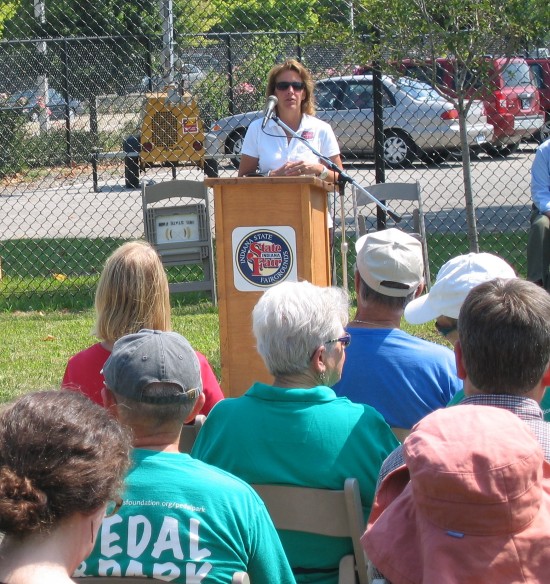 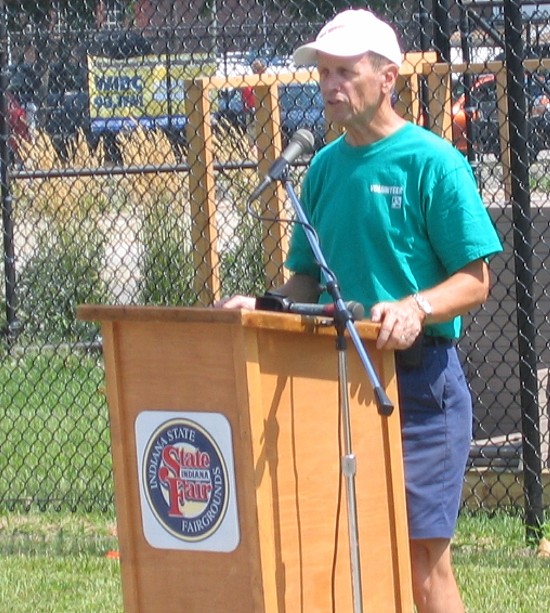 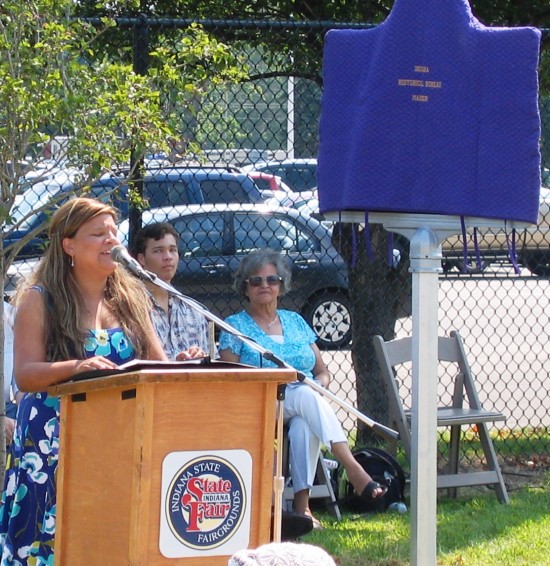 Karen Donovan, Great Granddaughter of Major Taylor, spoke about the family's continuing ties to Indianapolis and thanked all who made the marker possible. 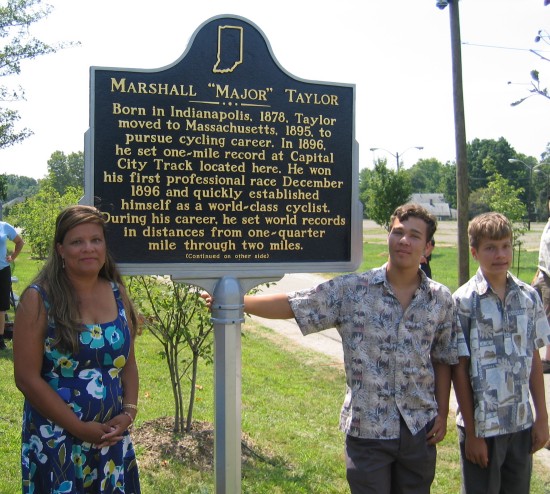 Karen Donovan poses by the marker with her sons Michael and Andrew, Great-Great Grandsons of Major Taylor, who unveiled the marker. 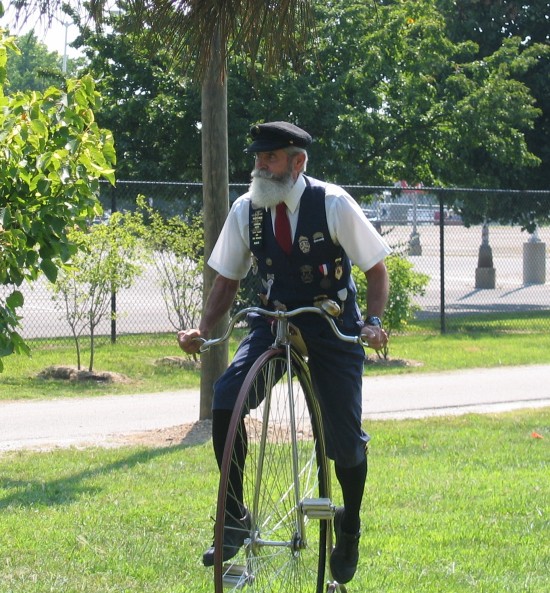 Steve Carter, Indianapolis, rode his vintage high wheeler to the dedication to honor Major Taylor. Read more about Carter and bicycles in The Indiana Historian.