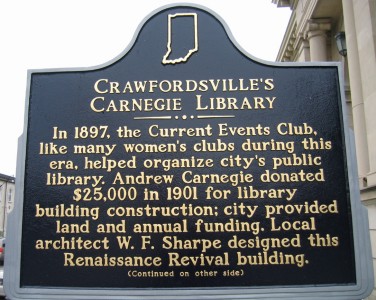 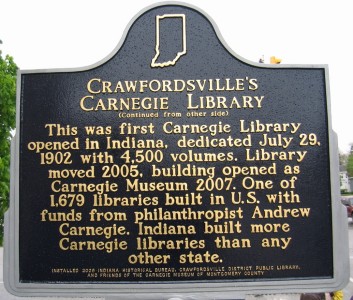 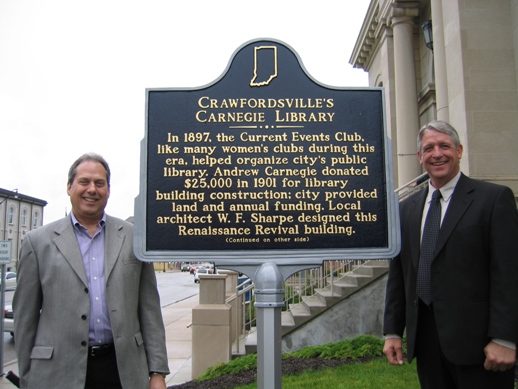 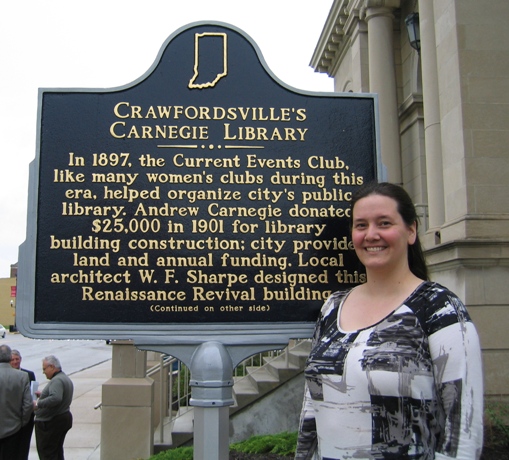 Catherine Burkhart, Curator of the Carnegie Museum of Montgomery County, applied for this state marker. 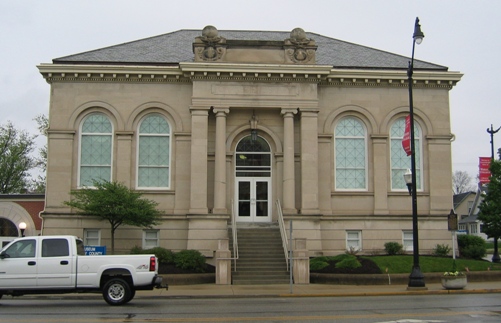 This building was the first Carnegie Library opened in Indiana and the building's 2009 exterior retains the look of the original design. The library moved in 2005 and the building reopened as the Carnegie Museum of Montgomery County in 2007.