The Repair of the Chinworth Bridge Historical Marker
Kosciusko County 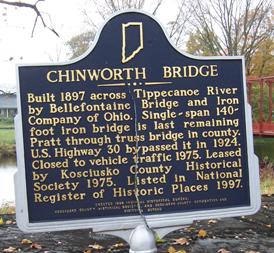 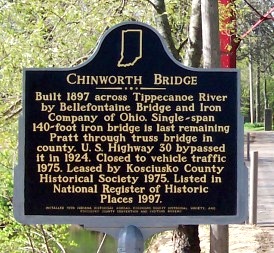 Chinworth Bridge Historical Marker (43.2007.1) was damaged October 2006 in an accident that nearly split the marker in half. It was repaired May 2007 in time for the Warsaw Greenway Dedication. The marker is located at Tippecanoe River Rest Park, Old US 30/Lincoln Highway at CR 350 W, in Warsaw. 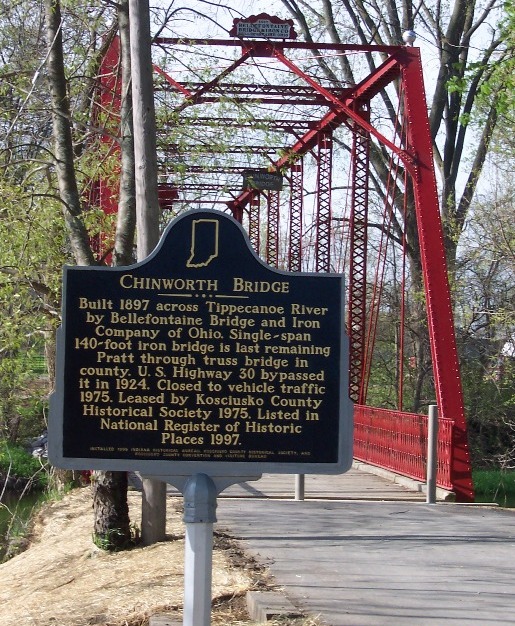 Neal Carlson notified the Indiana Historical Bureau that the marker was damaged and photographed the marker after its repair.