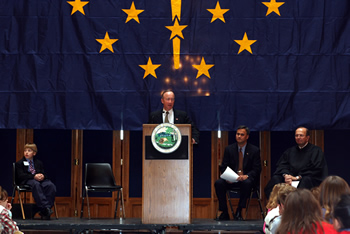 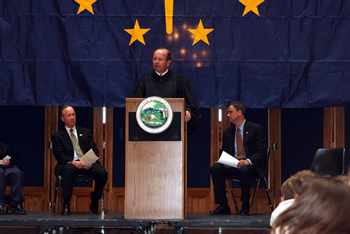 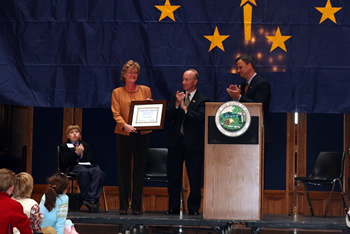 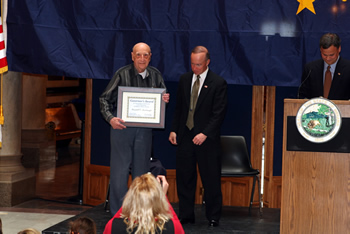 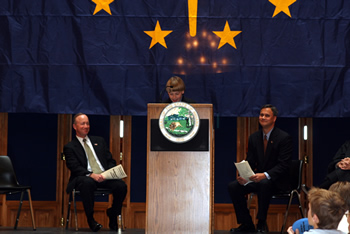 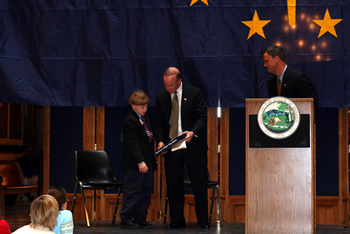 The first place winner in the "What Indiana Means to Me" contest was Ezra Stone Carotenuto, Indian Trail Elementary, La Porte; he read his essay (left) and received awards from Governor Daniels (right). 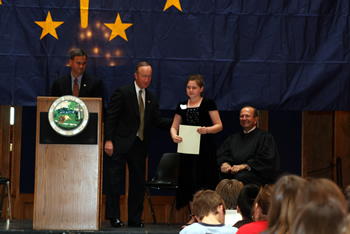 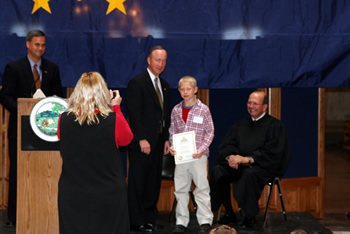 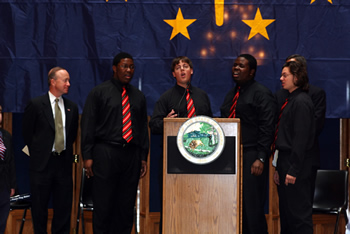 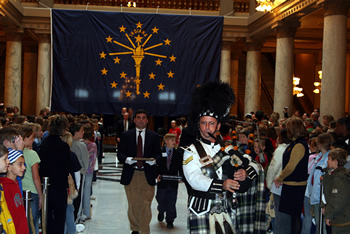 Technical Difficulties, Arsenal Technical High School, Indianapolis, provided music for the ceremony (left). A bagpiper led the speakers in procession to and recess from the stage (right). 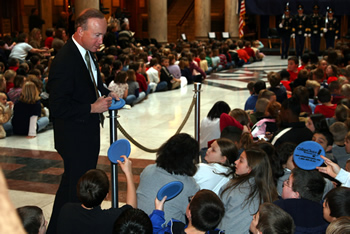 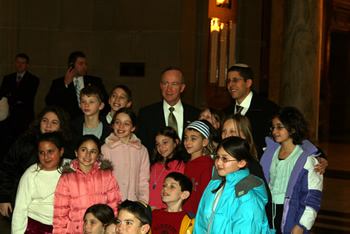 Governor Mitch Daniels signed autographs and posed with student groups before and after the ceremony. 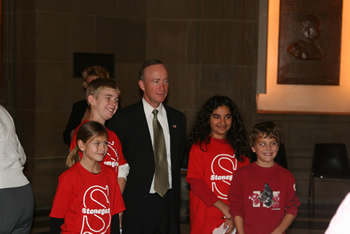 Photographs courtesy of the Office of Governor Mitch Daniels.

Indiana Statehood Day Displays Displays were available from 10:00 a.m. to 1:30 p.m. to provide resources about state government and Indiana history and culture for students and other visitors.

Staff of the Indiana State Museum interacted with students who enjoyed the hands-on activities provided for the Statehood Day celebration. 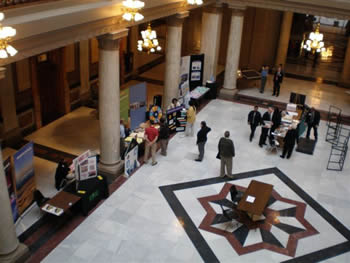 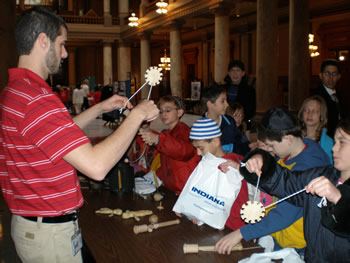 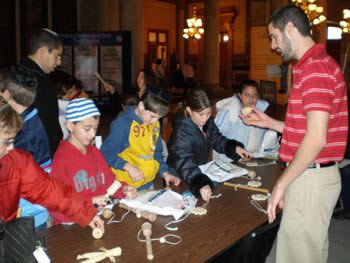 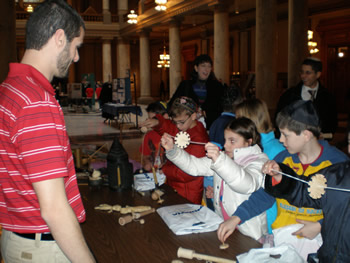 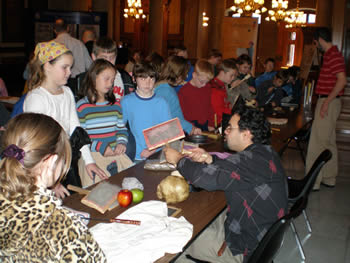 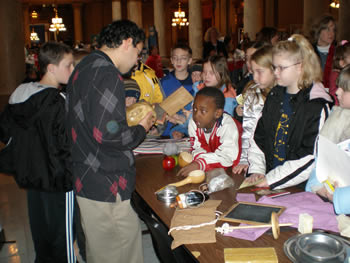 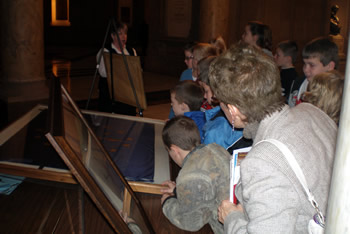 Located on the center of the table in the wooden frame is Indiana's original state banner. The banner is currently in the Historical Bureau's possession and is displayed once a year on Statehood day.

Also displayed is the original banner submitted by Paul Hadley for the competition to select a flag in 1916.

Click here to read more about the history of Indiana's flag.

Students from several schools enjoyed the opportunity to try on judicial robes—and wield a gavel at the Courts in the Classroom display provided by the Indiana Supreme Court.

In the background of several photographs is one of the battle flags for an Indiana regiment in the Civil War displayed by the Indiana War Memorials Commission from its Battle Flag Collection. 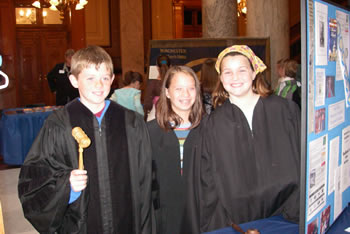 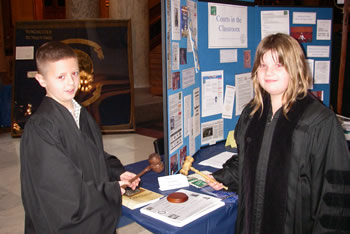 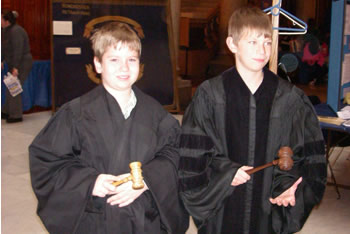 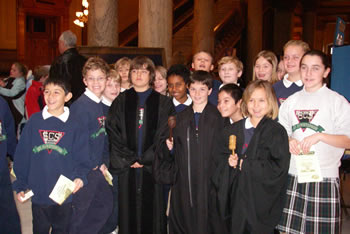 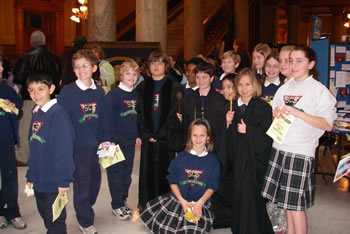 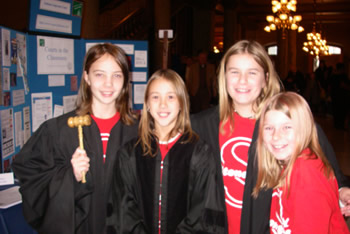 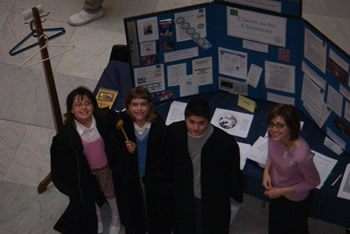