Next Level Roads is Governor Holcomb’s long-term, fully funded 20-year plan to improve Indiana’s roads and bridges made possible through the bipartisan passage of House Enrolled Act 1002 during the 2017 legislative session.

Summary
Next Level Roads is Governor Holcomb’s long-term, fully funded 20-year plan to improve Indiana’s roads and bridges made possible through the bipartisan passage of House Enrolled Act 1002 during the 2017 legislative session. Through Governor Holcomb’s leadership, Indiana has developed a data-driven plan to operate, maintain and improve every state road and bridge—a fact almost no other state can claim.

Fixing What We Have
The plan outlines approximately $60 billion in total investment in Indiana’s highways. Nearly 90 percent of those dollars are dedicated to improving the condition of existing roads and bridges, enhancing safety, and correcting drainage issues. INDOT is resurfacing nearly 10,000 lane miles of pavement and repairing or replacing approximately 1,300 bridges State-maintained roads in just the next five years alone.

Finishing What We Started
Next Level Roads fully funds design and construction of the final leg of I-69 from Martinsville to Indianapolis and accelerates the completion of the project by three years, from 2027 to 2024. Also, the plan invests approximately $20-40 million per year to make safety and traffic flow improvements to U.S. 30 from Fort Wayne to Valparaiso and U.S. 31 between Indianapolis and South Bend.

Planning for the Future
Next Level Roads gives the State funding flexibility to continue development on projects that will have a transformative effect on Indiana’s economy and the quality of life for Hoosiers. INDOT will leverage long-term funding certainty to explore options for adding travel lanes to I-65 and I-70 statewide, the I-69 Ohio River Crossing near Evansville, and the Mid-States corridor in Southwest Indiana.

Impact on Cities, Towns and Counties
Beyond the investment in INDOT projects, Next Level Roads initiative provides 40 percent more funding to support Indiana cities, towns and counties for local road projects. On top of that, $200 million in state funds will be awarded to communities each year through INDOT’s Community Crossings matching grant program. 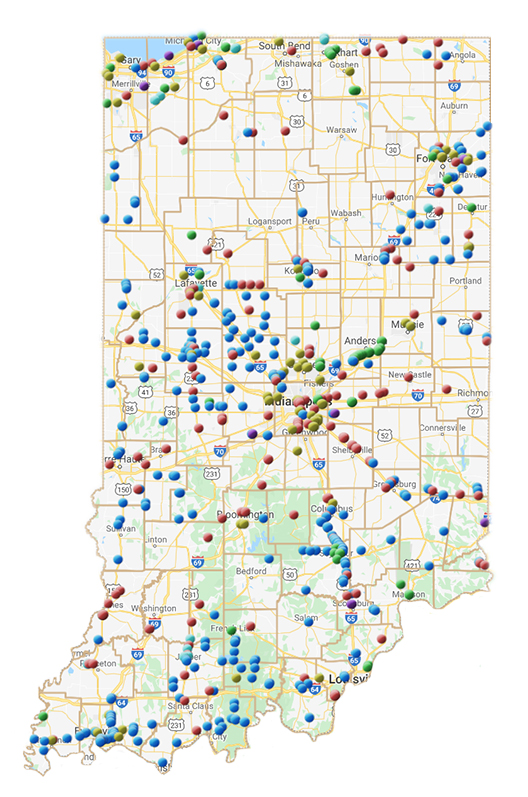